What are beets? About the ingredient beets. Including 204 recipes with beets, nutrition data, photos, and where to find it. 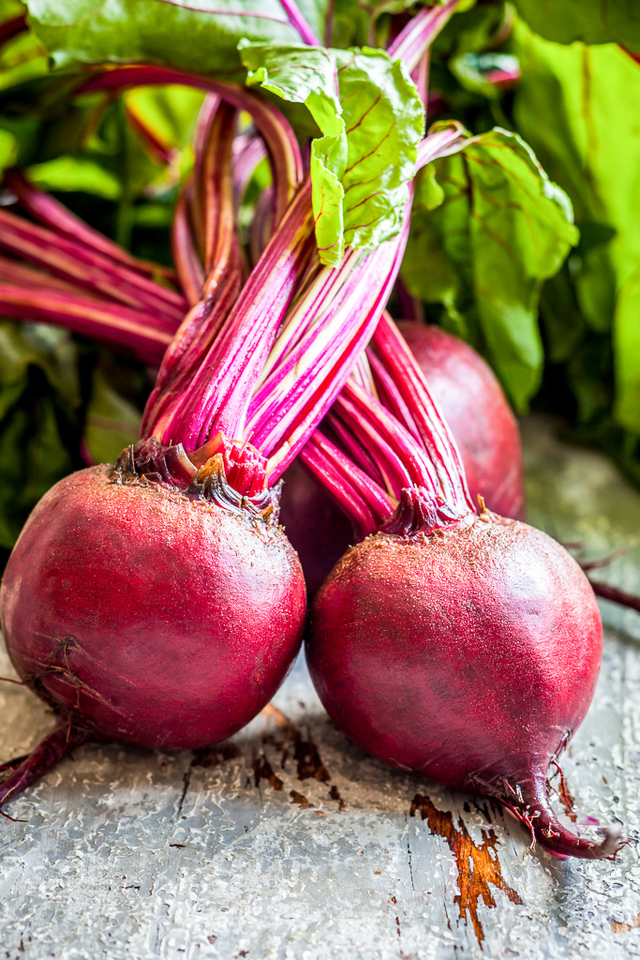 This vegetable is the enlarged red root of a plant which is a member of the Beta genus and first cousin to chard. In their wild state, beets seem to have originated in the Mediterranean, where they have been known since Roman times.

Beet greens, the tops of the plants, are also edible, and some varieties are purposely grown for this. Beets are also grown for sugar.

"Blood Turnip" was once a common name for beet root cultivars for the garden.

It is best known in its numerous cultivated varieties, the most well known of which is probably the red or purple root vegetable known as the beetroot or garden beet. 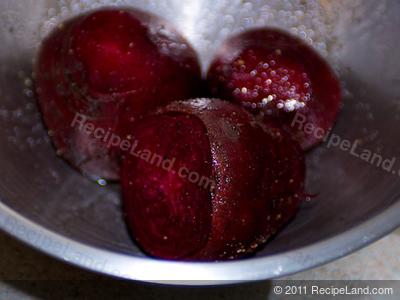 The "earthy" taste of some beetroot cultivars comes from the presence of geosmin. Researchers have not yet answered whether beets produce geosmin themselves, or whether it is produced by symbiotic soil microbes living in the plant.

The roots and leaves of the beet have been used in folk medicine to treat a wide variety of ailments.

The peak season is June, July, August. Available in smaller amounts the rest of the year. The chief sources of beets in the US are California, New Jersey, Ohio, Pennsylvania, Colorado.

Beets are available canned and in jars, whole, diced, and sliced in various ways. Harvard beets and pickled beets are also available.

Sold in small bunches with tops, or with the tops removed, or completely trimmed and wrapped.

Look for beets with a globular shape, which are smooth and firm to the touch. Small and medium-sized beets are usually more tender.

There are a variety of heirloom beets of various colors which are wonderfully sweet and delicious that can be found in larger supermarkets or farmers markets.

One pound of beets, cooked = 2 cups

Beet tops or beet greens, frequently taken and sold for greens, should be fresh and unwilted.

Remove tops to store beets in the refrigerator. Treat the tops like spinach or swiss chard.

It is not true that beets are good for the blood (an old myth), but beets do contain some vitamins and minerals. Beet greens are far more nutritious than the root, are and excellent source of Vitamin A.

Wash greens in 3 changes of water to remove any trace of grit.

Cook whole and unpeeled, in boiling salted water to cover; cook covered until tender, for 30 to 40 minutes depending on their size. Drain but save some of the cooking water. Cool until you can comfortably handle them, or under cold running water, and slip off the skins, stems and roots by rubbing with your fingers and tidy up with a paring knife if needed.

Beets may then be served whole (if very small), or sliced, diced or cut into shreds.

Season to taste and reheat in a little of the cooking water, adding butter and lemon juice or cider vinegar. Or, use in preparing other recipes, such as Quick and Easy Pickled beets, Glazed beets, Beets in Orange Sauce or Harvard Beets.

Beets pair wonderfully with other earthy ingredients such as goat cheese, walnuts, basil and balsamic vinegar.

Wash, rub with olive oil and season with salt and black pepper and place in a roasting pan (or even just wrap in aluminum foil).

Bake in a preheated 350 degree F oven for 1 hour, or until tender.

Peel the beets as above, season with salt and black pepper, butter and some lemon juice.

The red pigment in beets is more stable when an acid is added. This is why vinegars and lemon juice is called for in more recipes. This adds flavor as well.

Cut large leaves into pieces, rinse, leaving water clinging to the greens (or add a small amount to your pan) sprinkle with salt and cook, covered for 5 to 10 minutes, or until the greens are tender. Drain and server with butter.

Use smooth tender beets of small to medium size. Remove the green tops and wash thoroughly. Cook beets in boiling water until tender. Drain and chill in ice water. Remove skins, slice and dice as desired. Package, allowing ½ inch of head-space, and freeze.

Beets are usually found in the produce section or aisle of the grocery store or supermarket.

Beets are a member of the Vegetables and Vegetable Products USDA nutritional food group.

How much do beets weigh?

There are 204 recipes that contain this ingredient. 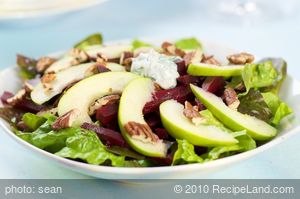 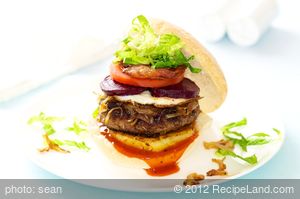 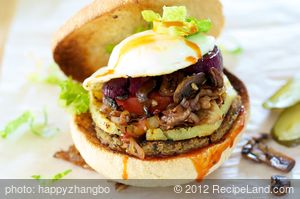 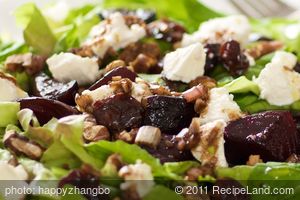 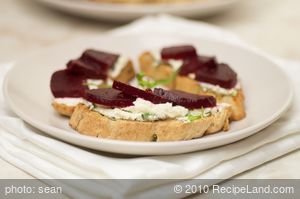 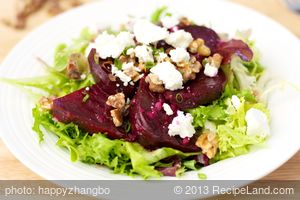 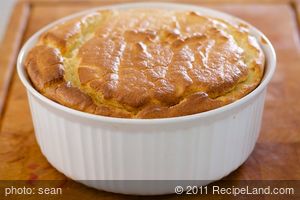 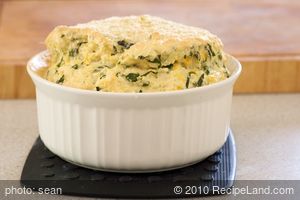 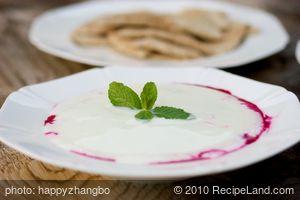 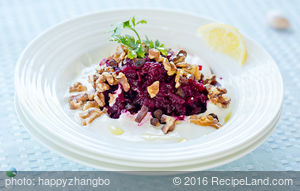