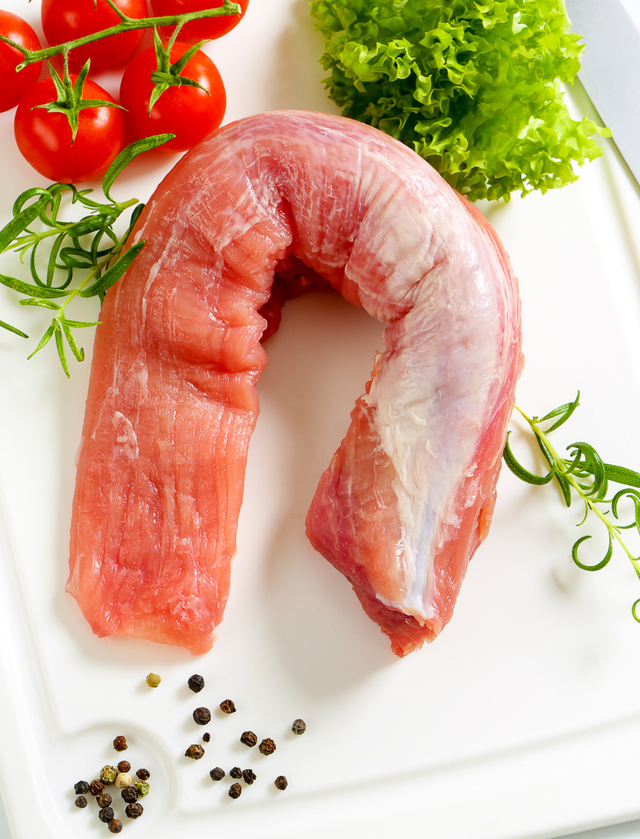 The  pork tenderloin  is a cut of pork. It is often sold as prepackaged products by large grocery stores. They are available plain (not seasoned) and flavored with a marinade.

As with all quadrupeds, the tenderloin refers to the psoas major muscle along the central spine portion, ventral to the lumbar vertebrae. This is the most tender part of the animal, because these muscles are used for posture, rather than locomotion.

A pork tenderloin sandwich (also called simply a "tenderloin") is a very thinly sliced piece of pork (usually the larger, tougher loineye (longissimus) muscle, uniquely battered and breaded, which is deep fried and served on a hamburger bun. This is usually served with mustard, ketchup, pickle and onion. This sandwich is generally only sold in the US Midwest; it is similar toWienerschnitzel.

Pork tenderloin is usually found in the meats section or aisle of the grocery store or supermarket.

Pork tenderloin is a member of the Pork Products USDA nutritional food group.

How much does pork tenderloin weigh?

There are 134 recipes that contain this ingredient. 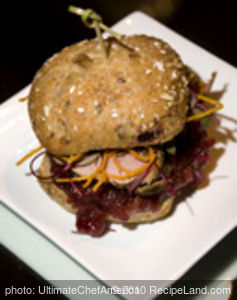 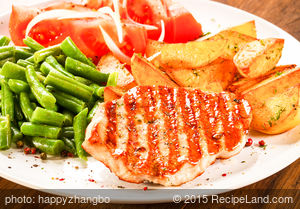 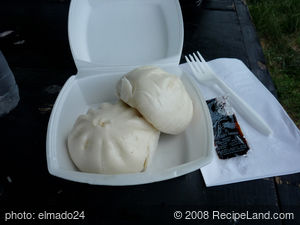 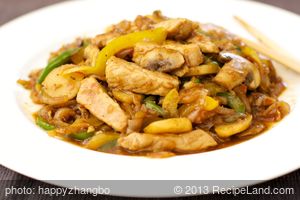 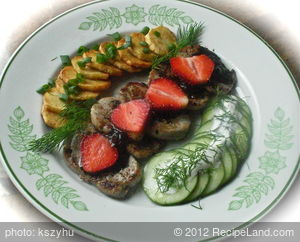 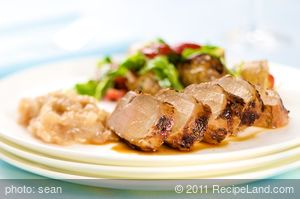 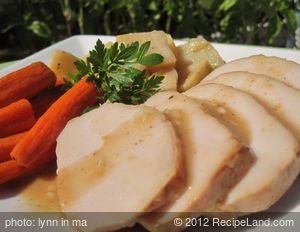 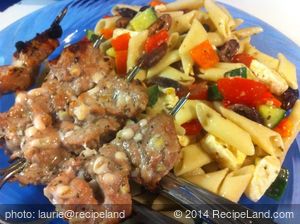 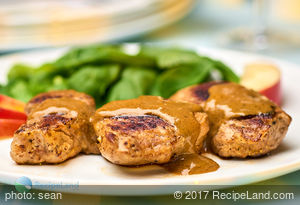 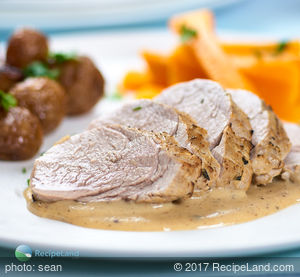 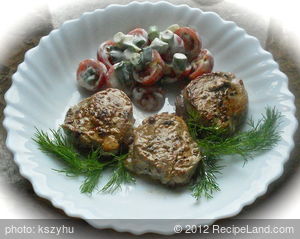 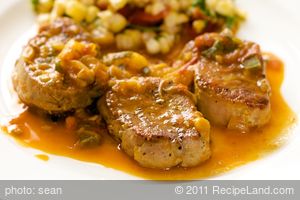