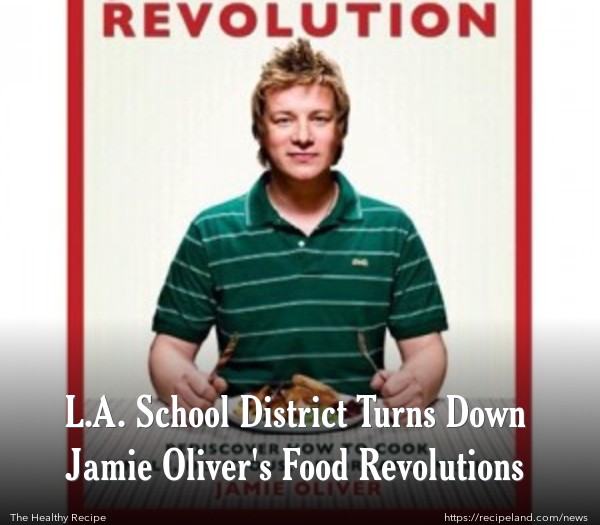 British celebrity chef Jamie Oliver’s plan to improve the health of students in the Los Angeles Unified School District has been rejected.

In March, ABC aired Jamie Oliver’s Food Revolution, which focused on improving the eating habits of students in Huntington, West Virginia. ABC planned on filming a similar show in Los Angeles according to Mary MacVean of the Los Angeles Times.

Melissa Infusino of the superintendent’s office stated that filming the show would distract the district from the focus it needs to place on the students. Infusino also said the school district was already making positive changes for the health of its students.

One way for parents to help their kids fight obesity and develop good eating habits for a lifetime is to cook healthy recipes with them.

Packing a nutritious lunch from home provides students with a well-balanced meal of high-quality ingredients. Include recipes that feature dried fruit or peanut butter to provide energy and focus throughout the day.