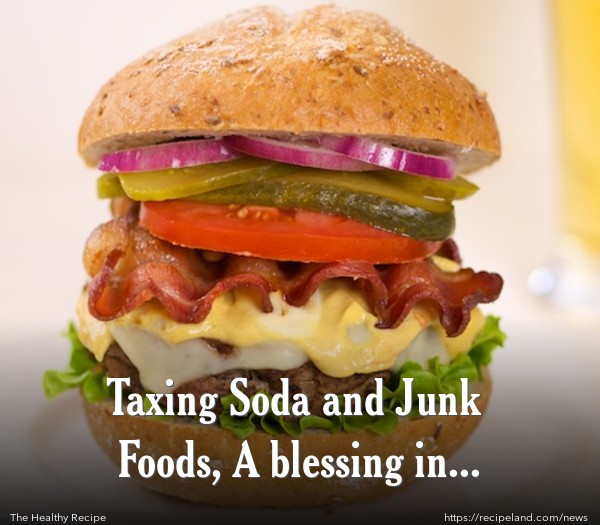 The US federal government, as well as many state and local governments, are considering instituting a junk food tax on foods high in saturated fat and sugary drinks.

Most of the legislation under consideration would impose a 3 cent tax on every 12-ounce can of soda and other sugar-sweetened beverages.

According to Reuters, a study conducted by the Congressional Budget Office shows that this type of tax would bring in $50 billion over a period of 10 years. The Temple News states that some are hoping this tax revenue would be used to subsidize fresh produce prices, which would even out the costs of fresh food and junk food. If fresh foods are more affordable, consumers might make healthier food choices.

So, why do consumers reach for junk food and sugary drinks? Many believe they are cheapest and most convenient option for their family.

In reality, buying healthier foods and using them in your favorite recipes can be much less expensive and just as convenient.

Take granola bars for example. Most bars on grocery store shelves are full of trans fat, sugar, and calories and cost at least 50 cents. Making granola bars in your own kitchen following a recipe you chose lets you control the nutritional value of the ingredients and they cost around 10 cents!

A junk food tax could be a blessing in disguise for the health of the American consumer.

Losing weight or keeping fit, one of the important part is to avoid the junk food, then add some exercise, personally I think food is the first step and the key, eating healthy food and proper amount, then it is not hard to be healthy and good shape!

Wow, at 3 cents per can that would generate 5 billion per year in taxes!? That's one heck of a lot of soda! Mountains of sugar.