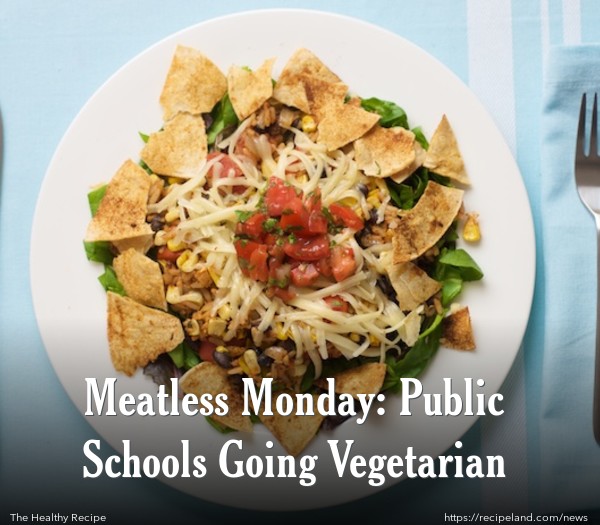 In spite of opposition from the meat industry, the number of public school districts offering meatless entrees continues to rise.

The fact that hospitals, like Johns Hopkins, have also begun to embrace the Meatless Monday concept lends credibility to this movement and has encouraged public schools to implement programs of their own.

A press release highlighting the start of its Meatless Monday program quotes Sean Fields, the Executive Chef of the Cobblestone Café at Johns Hopkins Hospital, as saying, “I’m looking forward to helping customers learn that they’re not sacrificing taste by eating vegetarian meals.”

In a 2009 US News and World Report article, Zach Miners noted that 2 out of 3 schools are offering vegetarian food regularly through their school lunch programs. These schools are focusing on serving entrees that would appeal to meat eaters, like vegetarian burritos of stir-fry with rice, instead of just salads or grilled cheese.

According to a Public School Review article by Grace Chen, one such school district is Baltimore City Public Schools. This district believes that putting a Meatless Monday program into place will give students and teachers the opportunity to eat more fruits and vegetables and develop a healthier lifestyle, while giving the district a smaller carbon footprint.

Offering meatless entrees is also seen as a way for schools to lower the cost of school lunches.

The goal of the Meatless Monday Movement, according to www.meatlessmonday.com, is to “help reduce meat consumption 15% in order to improve personal health and the health of our planet.”

Studies have shown that a diet rich in fruits and vegetables lowers the risk of obesity and chronic diseases such as type 2 diabetes, some types of cancer and heart disease.

Going meatless one day a week also has a measurable impact on the environment by allowing for the conservation of more water and fossil fuels and the production of less greenhouse gas emissions.

Zach Miners reports that 40% more schools are offering vegetarian dishes through their school lunch programs since 2003. As more school districts become aware of the benefits of Meatless Monday, these numbers will continue to grow.