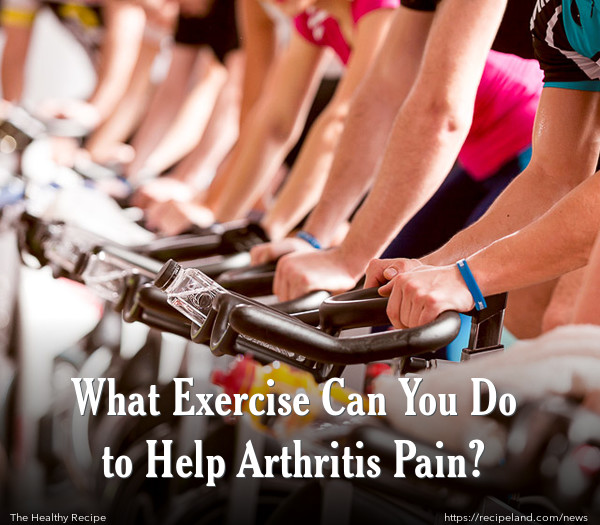 By now you know that exercise is generally good for you. It can make you stronger, release stress, reduce the risk of chronic health problems, and more. But, exercise can also reduce the pain that some people experience from having arthritis. Not only that, but the more you exercise, and the more vigorously you exercise, the more benefits you will receive. That’s the part that might come as a surprise!

A recent study conducted in Norway examined 18 women who suffered from chronic arthritis. The women participated in an exercise regimen that involved 30-minute sessions of high intensity intervals on spin bikes, twice per week for 10 weeks. Their fitness levels, inflammation markers, and pain levels were measured.

The women definitely became more fit as the weeks wore on, and their stamina increased. They lost weight and reduced body fat, trimming inches from their waists and thighs. Specific indicators of inflammation were measured. Because these indicators contribute to increased stiffness, pain, and swelling, the decrease in inflammation indicators also resulted in improvements in arthritis symptoms.

This study, published in the European Journal of Applied Physiology, was only a small pilot study but the implications are important for those who suffer from arthritis. Study author Anja Bye, Ph.D., senior researcher at the Cardiac Exercise Research Group at the Norwegian University of Science and Technology, stated, “All of the women in the study were capable of participating in this type of high-intensity exercise program without any negative side-effects.”

More importantly, Bye explained that throughout the 10 weeks of programmed exercise, the participants did not show any increase in the markers that indicate increased arthritic activity, pain, inflammation, or joint damage. Preliminary conclusions suggest that high intensity exercise may be safe for those suffering from arthritis, and may even help them to find relief. Further research is needed to expand the findings, but this is a promising start.