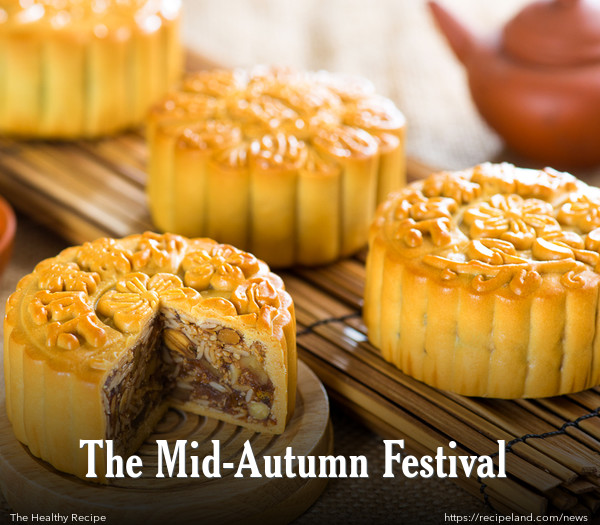 The Mid-Autumn Festival, or Moon Festival, takes place during a full moon.  It is a time when families gather to give thanks for the harvest and pray for the future.

Each community celebrates this festival with its own traditions, foods, activities, and legends.  Most of the festivities include gazing at the moon, exchanging greetings, eating mooncakes, and making Mid-Autumn lanterns.

In Singapore, the Mid-Autumn Festival, sometimes called the Lantern Festival, is widely celebrated.  Singaporeans greet one another and share mooncakes with business acquaintances, family, and friends.  These mooncakes symbolize thankfulness and good wishes for the future.

Many tourists are attracted to Singapore during the Mid-Autumn Festival by the beautiful decorations and joyous celebrations that can be found in Chinatown, the Chinese Garden, and on the Singapore Riverside.  The streets are filled with stalls selling festival foods and lit by beautiful red lanterns.  Special jumbo lanterns and giant lanterns in the shape of dragons or temples can also be seen.

However, they all seem to trace their beginnings back to the relationship between Chang’e and and her husband Hou Yi.  Hou Yi was given an elixir of immortality as a reward for saving all of the people on earth.  In order to protect the elixir from theft, Chang’e drank it and flew up to the moon.  Celebrants of the Moon Festival often pray to Chang’e and offer sacrifices of food for good fortune.

Stories about Wu Gang and the Cherry Bay or the Jade Rabbit are also popular.

Food is an integral part of any Mid-Autumn Festival celebration.  The most popular food is the mooncake.  This delicacy is made of a soft, thin pastry skin and traditionally filled with sweet, thick fillings like jujube paste, sweet bean paste, lotus seed paste, five kernel, or hard-boiled duck egg yolk.

Mooncakes are typically 10 cm wide, 4-5 cm thick, and round.  They are often stamped with Chinese characters for “harmony” or “longevity”, the type of filling inside, and images of the moon, Chang’e, the jade rabbit, or flowers.  Mooncakes are usually sliced into small wedges and shared by family members along with Chinese tea.

Legend says that mooncakes became part of the Mid-Autumn festival during the Ming revolution.  Mooncakes were used during this revolution to distribute messages coordinating an uprising against the Mongol rule of the Yuan dynasty (1271-1368).

While mooncakes were traditionally made at home, now they are usually bought from Chinese bakeries.  Modern filling flavours are widely available such as ice cream, seafood, fruit and vegetable, cream cheese, chocolate, coffee, and coconut milk.

Mooncakes made with lighter, lower-fat ingredients are available.  Friends and family exchange traditional greetings through text-messages.  However, no matter how it is celebrated, the Mid-Autumn Festival gives families and communities the opportunity to come together and give thanks and exchange good wishes for the future.