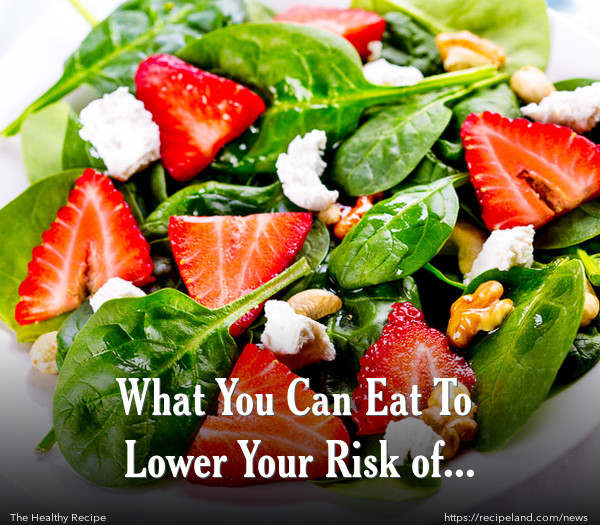 As we age, we all experience some degree of cognitive decline. But, for those at risk for Alzheimer’s disease, doing everything possible is very important. Eating foods that boost your brain function, like fatty fish and dark chocolate, is important, but new research shows there is more that you can do.

The MIND diet, named for the Mediterranean-DASH Intervention for Neurodegenerative Delay, is called such because of the great benefits that it can provide when it comes to your brain function. A recent study published in Alzheimer’s & Dementia: The Journal of the The Alzheimer’s Association showed that those who followed the MIND diet had a far lower risk of developing the devastating disease.

Study author, Martha Clare Morris, a professor of epidemiology at Rush University in Chicago, stated, "Even moderate adherence to the MIND diet showed a statistically significant decreased risk of developing Alzheimer's disease. Neither the Mediterranean diet or DASH had that benefit with moderate adherence."

Both versions of the diet, the Mediterranean and the DASH diet have been proven to have positive effects on the brain, although they were initially developed to help prevent cardiovascular disease. But, the combination, the MIND diet, combines the benefits and can specifically reduce the risk of developing Alzheimer’s and other types of dementia. The added list of fruits on the diet also provides wonderful vitamins, nutrients, and antioxidants.

Instead of being based on only 5 food groups, the MIND diet was developed to include 10 different kinds of foods. When closely adhered to, those on the MIND diet will eat:

3 servings of whole grains per day, or more

6 servings of leafy greens per week, with an additional serving of vegetables each day

2 servings of berries per week

1 serving of fish per week

2 servings of poultry per week

3 servings of legumes per week

5 servings of nuts per week

Those following the MIND diet will also use olive oil for cooking purposes.

When following the MIND diet, there are some foods to avoid, including:

Eating fast foods or fried foods once per week or less

Eating cheese once per week or less

Eating desserts or pastries less than 5 times per week

Using less than one tablespoon of butter or margarine per day

During the study, participants were scored according to how closely they adhered to the diet. Those with the highest scores for following the MIND diet showed a 53% reduced risk for developing Alzheimer’s disease. Those in the middle scoring MIND group showed a 35% reduced risk.

For control group participants, who followed only the Mediterranean or DASH diets, rather than the combination, a reduced risk of Alzheimer’s was noted, but the effects were not as significant. Those following the Mediterranean diet showed a 39% reduced risk, while those following the DASH diet showed a 54% decreased risk. However, the control group participants only showed these benefits when strictly adhering to these diet plans.

Morris stated, “Adherence doesn't always come easy on those diets. Both call for higher fruit and veggie consumption than the MIND diet, and, sadly, Americans are not all that great at getting enough produce. If you like fruits and vegetables, you can consume more, but our numbers of necessary servings are much smaller than those other diets."

The modifications to the Mediterranean and DASH diets were made by specifically adding in brain-boosting foods, like berries, which are known to slow cognitive decline. Leafy greens are also specifically named for their healthy properties that help the brain.

During the project, participants underwent neurological evaluations each year, beginning in 1997. Over 900 adults participated in the study, with an average age of 80 years. None of the participants had Alzheimer’s at the beginning of the study, and extensive questionnaires were completed regarding their food intake from 2004 to 2013.

These results are encouraging, as researchers seek to find ways to decrease the incidence of Alzheimer’s disease and help preserve brain function for aging adults. Further research is needed, but these suggestions are certainly healthy ones that can probably help reduce your risk of developing Alzheimer’s.