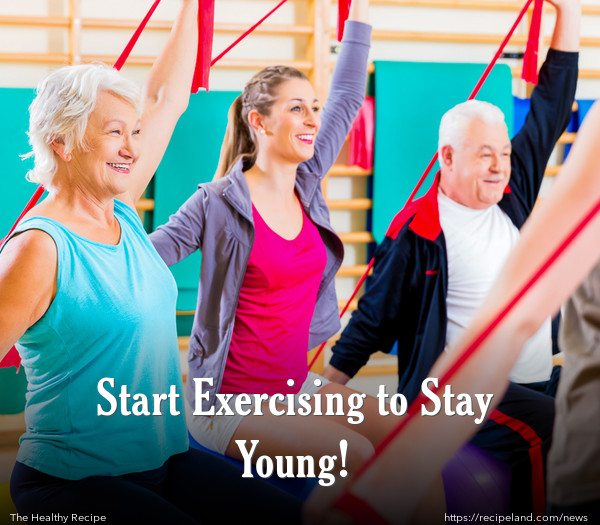 Recent research has demonstrated that adults who exercise regularly can beat depression, ward off dementia, and reduce their risk of cancer, heart disease, and diabetes. While it is better to start exercising sooner to reap the full rewards, even older adults can benefit from diving into exercise.

This research took place at University College London in England. According to the researchers, exercising is essential in ageing populations, where unhealthy ageing can become a public health issue.

For the purposes of this study, around 3,500 people at the age of approximately 64 were examined. During the study, participants divulged their fitness habits every two-years between 2002-2003 and 2010-2011.

During the study, participants were categorized according to how much activity they engaged in on a weekly basis. These categories were: inactive, moderate, and intense.

However, 1-in-5 were also healthy agers, and of these individuals the researchers could see that there was a link between healthy aging and exercise. However, they have recognized that correlation does not mean causation, and have noted that further research must be conducted to prove this further.

The study’s findings have been supported by Samantha Heller, a leading nutritionist and physiologist of New York University Langone Medical Center. Heller has stated that it is a well-known fact that exercise can stave off conditions like heart disease and diabetes.

She has also praised the study for confirming that the “I’m too old” excuse is really no excuse at all, and hopes that this will encourage people to leave their couches for an active lifestyle.

Exercise benefits all of the body’s systems in some way. When it comes to the brain, this means slower tissue loss and better communication between neurons. This could reduce the incidence of conditions like Alzheimer’s.

In addition to this, those who work out experience better blood flow, greater bone density, and less muscle loss. All of these physiological boosts combined will lead to a healthier life.

Now there is a need to find ways to convince couch potatoes to get moving. Fortunately, there are many ways to turn exercise from a dull activity into a fun necessity. Exercise DVDs provide plenty of variation and are ultra-convenient for those who cannot get outdoors or to a gym.

Buddying up with friends and family is another great motivator and creates a healthy supportive environment to continue exercising in.

While causality hasn’t yet been proven, this study does support the idea that exercising is a great defence against aging.