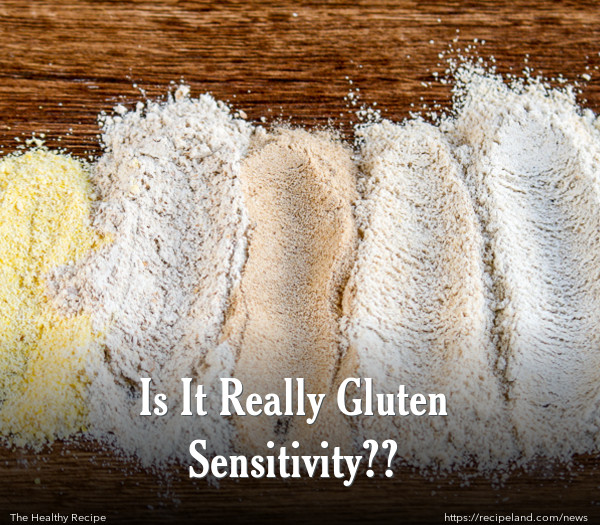 Lately, gluten seems like the most common culprit when it comes to stomach problems. It is one of the first things people suspect when they are having issues with their gut. But, is it necessary to cut out gluten right away, without examining some other option?

Gluten is found in many foods that are good for you, so cutting out gluten completely may not necessarily be the answer you are looking for.

Celiac disease is a serious problem for people when gluten causes excessive inflammation in the small intestines. Food absorption is poor, and problems including malnutrition are seen. People with celiac disease do need to follow a gluten free diet to avoid having these serious issues.

Not everyone with bloating or a tummy-ache suffers from celiac disease, though there are many people who find that they have certain stomach problems and when they stop eating gluten, they feel better.

A new study from Monash University in Australia found that gluten intolerance in the absence of true celiac disease is actually quite uncommon.

Is There Such a Thing as Gluten Intolerance?

The study from Monash University examined patients that had been diagnosed with irritable bowel syndrome (IBS). These patients were following a gluten free diet, and were changed to a low-FODMAP nutrition plan. All of the participants reported improvement in their symptoms.

Various groups received varying amounts of gluten, from high gluten to low gluten to placebo without gluten. Nearly all of the patients reported worsening of symptoms, regardless of how much gluten they received. Those receiving the placebo diet were receiving the low-FODMAP food plan, yet continued to report more symptoms.

The final results indicated that only 8% of the participants showed true gluten sensitivity.

Researchers concluded that the majority of people who experience negative symptoms after consuming gluten become sick because they expect to, not because they have a true gluten sensitivity. Removing gluten may make them feel better, but this may be related more to the removal of FODMAPs and refined carbs, not necessarily gluten.

This combination of foods can provide certain people with carbohydrates that are difficult to digest and can lead to stomach and digestive problems such as constipation, diarrhea, gas, bloating, and fatigue.

If you think that you may have a gluten sensitivity, try removing these other carbs, the FODMAPs, from your diet and see if you notice any improvement. It might not be the gluten you are sensitive to!