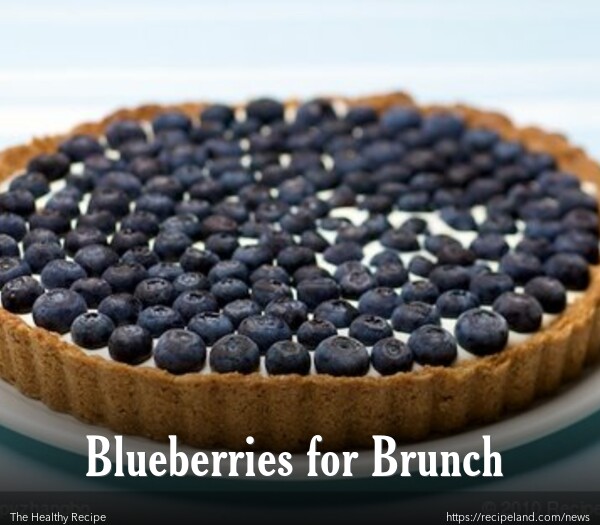 Blueberries are getting a lot of buzz right now for their healing powers. Researchers, scientists, doctors, hospitals, and universities all around the world are conducting studies and analyzing data to determine the most effective ways to channel the healing properties packed in this tiny berry.

Blueberries are incredibly versatile and easy to prepare. They can be enjoyed raw in salads or on top of pancakes, waffles, or yogurt. Blueberries are a delicious addition to baked goods, like muffins, quick bread, cakes, and pies. Blueberry juice can be added to lemonade or ice tea for a tangy punch of flavor.

Blueberries are one of the few fruits native to North America. In fact, almost 60% of the world’s blueberries are grown in the United States, and 30% are produced in Canada. Native Americans cultivated blueberries. They harvested the berries to eat them fresh or dried them in the sun to preserve them for the winter.

Blueberries are Good For Your Whole Body

The healing power of blueberries seems to come from the huge amount of antioxidants they contain. These antioxidants are used to protect the body from oxidative stress. Oxidative stress is caused by free radicals. Free radicals can harm your DNA and cause damage to your body on a cellular level.

Amazingly, every system of the human body that scientists have studied with blueberries has shown improvement. The antioxidant powers of blueberries can strengthen the heart, lower blood pressure, repair damaged muscles, protect the nervous system, regulate blood sugar levels, support the digestive tract, and protect the colon from cancer.

Recently, researchers have focused on the anthocyanin antioxidants in blueberries, which give them their deep color. However blueberries also contain hydroxycinnamic acids, hydroxybenzoic acids, and flavonols. These anti-inflammatory antioxidants lower inflammation throughout the body and contribute to the amazing health benefits of this tiny fruit.

Eat Blueberries to Sharpen Your Mind

Doctors have begun to study how blueberries can improve memory and the ability to think clearly. A study published in theJournal of Agricultural and Food Chemistryfound that seniors who drank blueberry juice over a 12-week period had improved memory function. The seniors who participated in this study had already begun to experience memory loss.

Researchers speculate that the anthocyanin antioxidants protect nerve function, restore neuroplasticity, and fight against neurodegeneration. Through this study, researchers also found that the participants who drank blueberry juice experienced fewer symptoms of depression and had lower blood glucose levels.

Buy the variety of blueberry that is best suited to your recipe. If you want a tart berry, look for those that have been grown in Maine or are labelled as “wild blueberries.” For a slightly sweeter berry, look for berries that are grown in other areas of the United States or Canada. Varieties of North American blueberries are available in grocery stores and at farmer’s markets from May to October.

Blueberries deteriorate quickly when they are exposed to water, so wash them just before you plan to eat them. Ripe berries will last in the refrigerator for three days.

Fresh From the Freezer

Feel free to freeze your fresh blueberries! Scientists have found that the powerful antioxidants in blueberries are not damaged by freezing. Blueberries that were frozen for up to six months still had the same amount of antioxidants as freshly picked blueberries! This is great news, because frozen fruit is often less expensive than fresh when it is out of season. Whether you live in a region that cultivates blueberries or not, you can enjoy them at an affordable price, any time of year!

If you are buying frozen blueberries at the grocery store, shake the bag before adding it to your cart. If there is a large clump of berries, choose a different bag. When frozen berries clump together, it usually indicates that they have thawed and refrozen. This can damage the blueberry’s texture.

Freezing your own blueberries is easy. Spread clean, stemmed blueberries on a cookie sheet and place them in the freezer. After they are fully frozen, move them to a zip top bag and store them for up to six months in the freezer.