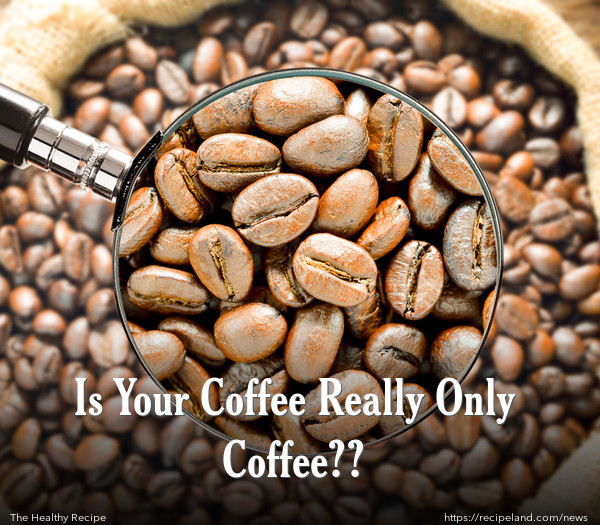 Have you noticed how expensive a cup of coffee has become? While prices seem to be rising, the overall quality of the coffee is not, according to a recent study conducted at the State University of Londrina in Brazil. The results of the study were presented at a recent gathering of the American Chemical Society.

Coffee producers are adding in extra fillers that are not easily detected by the average coffee drinker. This helps them produce the coffee in a less expensive manner, and make greater profits, but may not be good for coffee drinkers.

Here is a list of the extra “filler” ingredients that have been found in mass-produced coffee brands:

Did you read that list? Most of the ingredients you see listed there are included in many of the other foods you are eating.

But sticks? Yes, sticks (and dirt) have been found in many varieties of coffee. As coffee beans are picked, they are not necessarily gathered in the cleanest manner, which is not necessarily intentional, but the result of careless processing.

Once coffee beans are ground, it is nearly impossible to detect the other grains that may be included in the coffee, especially because of the rich flavour and dark colour. The research team from Brazil developed a method for testing coffee for impurities, and can detect most of the ingredients on this list to determine the quality of the coffee that you are drinking—as well as know the carbohydrate content, since coffee may contain grains or sugars that you didn’t expect.

As coffee becomes more difficult to grow, and more expensive, it may be more important for coffee drinkers to pay closer attention to choosing organic brands that have fewer additives. Global droughts can cause shortages in coffee beans, and require mass producers to add fillers just to cover their bottom line.

One other potential ingredient, one that is certainly unwanted, is toxic mould. Cheaper coffees are more likely to contain ground up mouldy beans that are processed with flavours to cover the toxins. The consequence of drinking coffee containing mould may be brain fogginess—and, since you may be drinking coffee for the brain boost of the caffeine, this may be counteracted.

Pay attention to the brands that you select if you are a coffee drinker, and opt for the higher quality organic versions if you want to avoid these extra additives and fillers in your morning cup of joe!