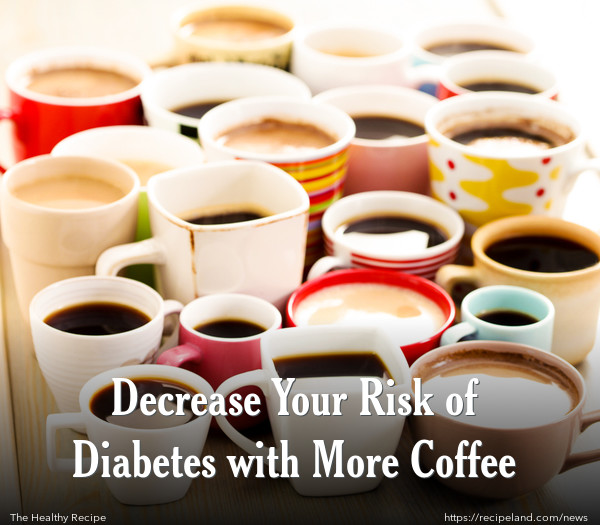 A recent study showed that there may be more health benefits to coffee than previously thought. More coffee may mean more protection against developing type 2 diabetes.

For coffee drinkers, the news just keeps getting better. Already known to contain plenty of antioxidants, coffee is now being credited with decreasing the likelihood that a person may develop type 2 diabetes.

A recent study showed that people who upped their consumption of coffee by at least one cup or more per day for at least four years lowered their chances of developing type 2 diabetes by about 11%.

One of the head researchers of the study, Shilpa Bhupathiraju, from the Harvard School of Public Health, explained that there is a well-known correlation between drinking coffee and lowering the risk of diabetes. The new information is when the amount of coffee that people drink changes, it can further decrease the odds of developing type 2 diabetes.

The study examined three groups of people, a first group of nearly 50,000 women, a second group of over 45,000 women, and a third group that contained more than 27,000 men. The diet of each participant was re-evaluated every four years for a 20-year period, while the health and lifestyle alterations were reviewed every two years.

Out of all of the participants in the study, just over 7,000 developed type 2 diabetes during the period that they were followed. It was determined that a change in the amount of coffee that was consumed had an effect on whether or not a person had an increased risk of developing diabetes.

In addition to examining the effects of coffee, the study evaluated the effects of decaf coffee as well as several varieties of tea, to see whether it was the caffeine or certain ingredients in the coffee that were responsible for the decreased risk. They concluded that there was little difference in the participants who consumed decaf coffee or tea when it came to the risk of developing diabetes.

Instead, researchers determined that the benefits were because “coffee has a lot of bioactive compounds and phenolic compounds, such as chlorogenic acid. Chlorogenic acid improves glucose metabolism in animal models that have been studied. Coffee also has other compounds like lignans, and it’s also a source of magnesium, which is associated with a lower risk of type 2 diabetes.”

It should be noted that coffee is not exactly thought of as a health food, and there may be some unwanted side effects. The protective benefits lie in the moderate consumption range.
Also, coffee should not be the only lifestyle or dietary habit used in the fight against diabetes and other chronic health conditions. A healthy weight and healthy diet are critical.