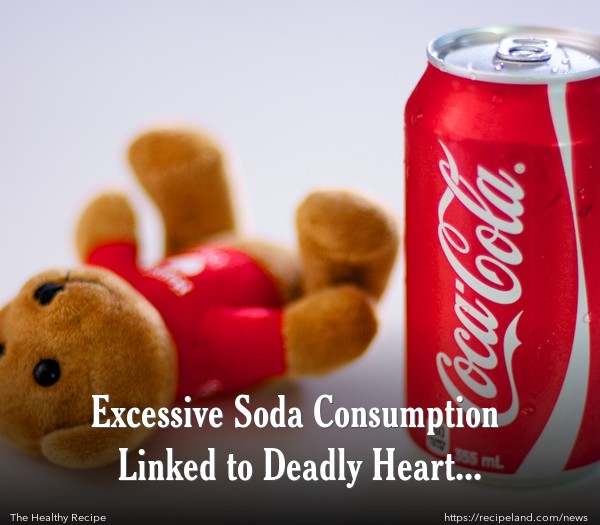 Doctors found that a 31 year old woman hospitalized in Monaco after suffering fainting spells had developed a life-threatening arrhythmia (irregular heartbeat) after going 16 years without drinking any water – only soda.

The high fructose corn syrup in soda, which zaps potassium from the body, as well as excessive amounts of caffeine, are blamed for this woman’s severe case of potassium depletion and acquired Long QT syndrome.

These findings come shortly after the official coroner’s report that excessive soda consumption contributed to the 2010 death of a 31 year old New Zealand mother. This woman reportedly drank over 7.5 litres of Coca Cola every day.(1)

Long QT Syndrome (LQTS) is a very serious arrhythmia that can lead to sudden cardiac arrest and death if left untreated. There are many forms of LQTS that are genetic, meaning they are present since birth and inherited from parents.

Some genetic LQTS patients go through life without any symptoms unless an EKG picks up this arrhythmia or they test positive for LQTS through genetic testing. Others have fainting spells and heart palpitations.

For many patients, sudden cardiac arrest is the first sign or symptom. Treatment for LQTS ranges from medication to the surgical placement of an ICD (internal cardiac defibrillator) - that will shock the heart back into a normal rhythm if needed.

According to the Mayo Clinic, there are over 50 common medications that can prolong (lengthen) the Q-T interval, causing drug-induced acquired LQTS in people without any other heart or medical problems.

People who have been diagnosed with LQTS are often advised to avoid not only these medications, but also caffeine – because of its effect on the heart’s electrical system.

After her 16 year binge on soda, doctors were able to stabilize the woman in Monacafter one soda-free week of hospitalization, intravenous fluids and potassium. Her extreme caffeine and high fructose corn syrup induced irregular heartbeat and potassium levels returned to normal.

Sadly, the mother of eight in New Zealand was not as fortunate. Perhaps her sudden heart attack and death could have been prevented. Her autopsy results also found that her liver was enlarged and had fatty deposits.

This is commonly seen in people who suffer from “non-alcohol related” liver disease from consuming too much sugar and high fructose corn syrup.

She also explains that the combination of excessive caffeine and sugars in sodas rob the body of potassium, as well as other minerals and nutrients needed to stay healthy.

Drinking soda, even in moderate amounts, can quickly cause dehydration as well.

In both of these cases, women who drank huge quantities of cola and little to no water suffered serious consequences to their heart rhythms – proving fatal to one.

While there are plenty of healthier drink alternatives, you don’t have to give up soda altogether. Just be sure to remember that moderation is key - 12 ounces a day may not have long term effects, but 2 liters may put you at risk for a number of medical problems such as possible arrhythmias, obesity, diabetes, heart or liver disease.

Please take these sad stories to heart: drink lots of water and see a doctor immediately if you have any symptoms such as unexplained fainting spells or heart palpitations.