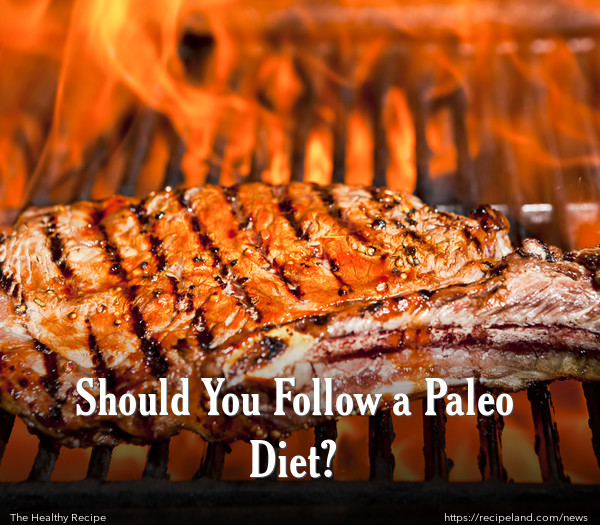 By now, most people have at least heard of the Paleo diet, even if they don’t understand the details. The Paleo diet is recognized as having good long term health effects, including weight loss and prevention of chronic diseases.

A recent study published in the Quarterly Review of Biology asks some difficult questions for Paleo lovers, including whether or not avoiding those foods not available in the Paleolithic era can actually be a healthy lifestyle.

Anthropologists and researchers are seeking answers to questions regarding which foods may or may not have been available during the Paleolithic era. Foods like grass-fed bacon are permitted on the Paleo diet, but it is unclear whether or not this would be a food available during that time period.

Here are some of the highlights from the recent study.

The Paleo diet is actually a collection of diets

The Paleolithic era began approximately 2.6 million years ago and lasted until about 10,000 years ago. This was right around the time when widespread agriculture began to be popular. New human-like species were developing, with a wide variety of brain sizes and dental structures. This meant that new foods were becoming available. Ken Sayers, Ph.D., an anthropologist who participated in the research, stated, "People, including some scientists, have always wanted to pigeonhole [ancient man] as hunters, scavengers, gatherers, et cetera. There are few signals of dietary specialization at any stage of human evolution...There is no single 'Paleo diet.' "

It is difficult to truly know what our Paleolithic ancestors actually ate.

The Paleolithic era was extremely long, and the diets of these people changed over time. Sayers states, "Technologies that allow us to estimate some aspects of diet—such as the study of wear on teeth, the chemical makeup of dental enamel, and bits of plant silica on teeth—are valuable, but they really give only a very incomplete picture." Careful research regarding the environment, food sources and cognitive ability make a difference in food choices.

Since the 19th century, researchers have hypothesized about the diets of our ancestors. Sayers explains, "Many of the most enduring controversies [of anthropology] have involved the evolution of the human diet.” There is a great debate regarding whether scavenging or hunting was most prominent for finding foods. To this day, there is not agreement among researchers, and understanding what constitutes a “true” Paleo diet is difficult.

Human ancestors were not picky eaters

Our human ancestors were not counting fat grams or fibre when they selected their foods. Eating was mainly based on opportunity. Nobody can say for sure what percentage of protein our Paleolithic ancestors ate, though many seem to claim that a Paleo diet requires 35% of calories from proteins. Our ancestors were required to be flexible and eat what was available.

While the Paleo diet ideas that are very popular today offer some healthy guidelines, including elimination of sugar and processed foods, there is still much research to be done if we are to ever truly know what our Paleolithic ancestors really ate.

A Paleo diet may not be the end answer to a healthy lifestyle, but following some of the guidelines in moderation can help you establish more healthy eating patterns as you take out some foods that are not healthy.