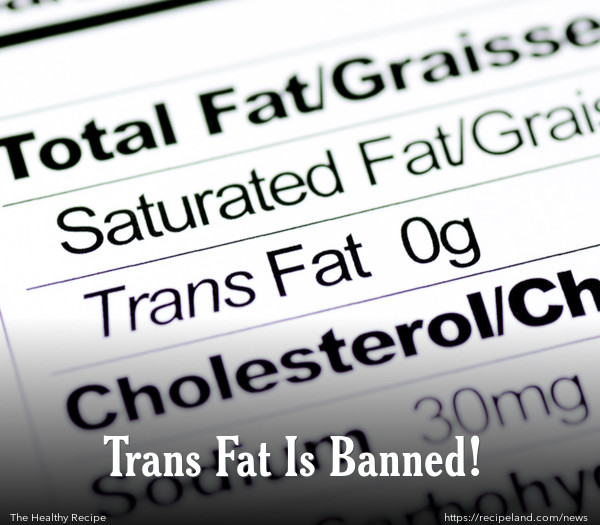 The Food and Drug Administration (FDA) has announced plans to take decisive action against the high amounts of trans fat found in the diet of the average American.  This plan involves revoking the designation of partially hydrogenated oils as “generally recognized as safe” (GRAS).

As a result, food companies seeking to include partially hydrogenated oils in their products would have to gain FDA approval.  The FDA has basically said that they will not grant that approval.

In 2006, the FDA began requiring food companies to include the amount of trans fat included in their products on their Nutrition Facts panel.  Some companies responded to this requirement by changing their recipes to include smaller amounts of trans fat or to eliminate trans fat completely.  However, a Harvard University Study released in May 2013 found that a majority of food manufacturers and restaurants are still using trans fat.

When the FDA released the 2006 labelling requirements, the food industry initially responded by attempting to remove trans fat from the food they produce.  Between 2007 and 2008, a 30% reduction in the amount of trans fat included in foods sold in the United States was noted.  However, that number dropped to a minuscule 3% in the foods produced between 2010 and 2011.

The problem is that this small amount of trans fat can add up throughout the day.  The American Heart Association recommends a maximum of 2 grams trans fat per day.  Snacking on foods that have 0.25 gram of trans fat in combination with foods that are higher in trans fat can easily put you over the recommended amount.

To avoid eating this “hidden” trans fat, look at the total fat content on the nutritional label.  Food that have the lowest amount of saturated fats and include healthy fats, like canola or olive oil, are the best choice.

Why is the FDA so worried about trans fat?  Although there are trace amounts of naturally occurring trans fat found in full-fat dairy products, beef, and lamb, most of the trans fat in the American diet is man-made.  Trans fat is created when liquid vegetable oil is processed to become a solid fat.  The food industry uses trans fat to extend the shelf life and improve the flavour and texture of processed foods.

The human body is not able to digest trans fat, so it passes through the digestive tract and settles in the arteries.  Once trans fat has taken up residence in your arteries, it leads to heart disease.  Not only does trans fat raise your bad cholesterol (LDL), it actually lowers your good cholesterol (HDL).  The Centers for Disease Control and Prevention, estimates that man-made trans fat is responsible for 10,000-20,000 heart attacks and 3,000-7,000 deaths each year.

Many of our favourite foods include high amounts of trans fat.  Microwave popcorn, canned bread and biscuit dough, donuts, cookies, french fries, and frozen pizza are just a few of the foods we love that are often full of trans fat.

Most snacks, desserts, and fried foods contain this dangerous additive.  Read the nutritional labelling as you shop and choose the items that exclude trans fat and are low in saturated fat.

Another way to control the amount of trans fat in your favourite snacks and sweet treats is to make them in your own kitchen.