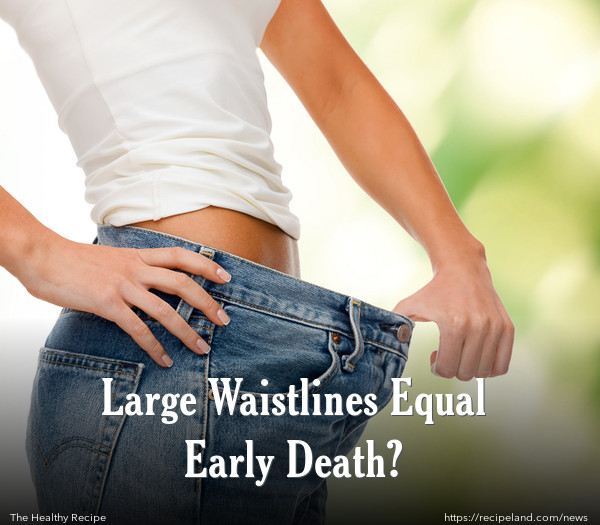 Where you carry your extra weight on your body can affect your health significantly. Those with larger middles are found to be at a high risk for early death.

When you are carrying extra weight around your middle, it not only shows by wearing your clothes too tight, it can have serious health consequences, too.

A recent study conducted by the Mayo Clinic discovered that those with larger waistlines were more likely to have a shorter lifespan, even if their body mass index (BMI) was within the healthy range.

In addition, those with more girth had a higher risk of cardiovascular disease, respiratory illnesses and even cancer.

Researchers studied participants from 11 various studies, which included more than 600,000 different people around the globe. They took into consideration factors such as alcohol use, smoking and exercise levels.

Results showed that when a man’s waistline exceeded 43 inches, the likelihood of death was 50% greater than their counterparts with measurements of 35 inches or less. In terms of longevity, this meant they lived about 3 years less, after the age of forty.

For women, a waistline of more than 37 inches led to an 80% increase in mortality rates, compared with thinner people who had a waist measurement of less than 27 inches. The larger circumference took about 5 years off of the average lifespan for women.

The study also revealed that for each two inches of waistline, there was a 7% increase in mortality for men and 9% for women. Determining an exact “healthy” waist measurement was, therefore, difficult.

Interestingly, the risk of mortality associated with waist measurements was not limited to those with “unhealthy” BMI ratings. Even those within the healthy range showed the same mortality risk when they were larger around the middle.

James Cerhan, M.D., one of the lead researchers, stated, "BMI is not a perfect measure. It doesn't discriminate lean mass from fat mass, and it also doesn't say anything about where your weight is located. We worry about that because extra fat in your belly has a metabolic profile that is associated with diseases such as diabetes and heart disease."

In conclusion, researchers are urging doctors to carefully evaluate not only BMI but also waistline measurements when assessing a patient for conditions associated with obesity and early death.

Body shape may be just as important as size. Preventing both a high body mass index as well as a large waistline should be a priority for all patients. Diet and exercise should be strongly encouraged to help patients stay in a healthy range for both factors.