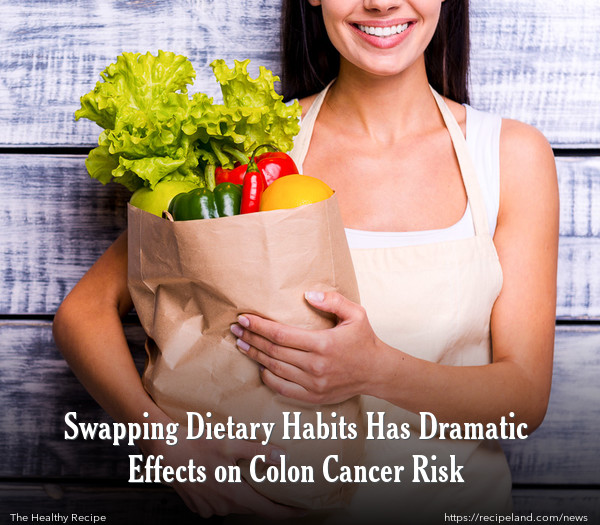 The study, which was published in Nature Communications, showed that a diet high in fibre can dramatically reduce the risk of colon cancer, and the bacteria that lives within the gut has a lot to do with this.

Across the entire globe, colon cancer is ranked as the 4th most common cause of death, resulting in more than 600,000 deaths every year. The rates are higher in the Western countries than in Africa or Eastern countries; however, interestingly, in the United States, African Americans are more likely to develop colon cancer.

Prior to the study, each participant had colonoscopy examinations, which were repeated at the conclusion of the study. Certain biological markers were also measured to determine the risk of colon cancer.

Lead researcher, Jeremy Nicholson, the team leader of the Department of Surgery and Cancer at Imperial College London, stated, "We can't definitively tell from these measurements that the change in their diet would have led to more cancer in the African group or less in the American group, but there is good evidence from other studies that the changes we observed are signs of cancer risk. The findings suggest that people can substantially lower their risk of colon cancer by eating more fibre. This is not new in itself but what is really surprising is how quickly and dramatically the risk markers can switch in both groups following diet change. These findings also raise serious concerns that the progressive westernization of African communities may lead to the emergence of colon cancer as a major health issue.”

Another researcher, Professor Stephen O'Keefe at the University of Pittsburgh, explained further, "Studies on Japanese migrants to Hawaii have shown that it takes one generation of westernization to change their low incidence of colon cancer to the high rates observed in native Hawaiians. Our study suggests that westernization of the diet induces changes in biomarkers of colon cancer risk in the colonic mucosa within two weeks. Perhaps even more importantly, a change in diet from a westernized composition to a 'traditional African' high fibre low fat diet reduced these biomarkers of cancer risk within two weeks, indicating that it is likely never too late to change your diet to change your risk of colon cancer."

One of the interesting results of the study was the discovery that the microbiomes, or bacteria within the gut, were quickly altered to adapt to the change in diet. The African diet caused an increase in the body’s production of butyrate, which is an important result of the fibre metabolism in the body and can help protect the body from certain types of cancer.

Researchers are continuing to explore the contributing factors to the development of colon cancer. James Kinross, M.D., a colorectal surgeon and one of the researchers at Imperial, stated, "The gut microbiome is being increasingly recognized as an important contributor to human health. This research shows that gut bacteria are critically important for mediating the link between diet and colon cancer risk. This means we can look to develop therapies targeting gut bacteria as a way to prevent and treat cancer."

Researchers indicated that further studies are needed to examine the relationships between diet and cancer risk.