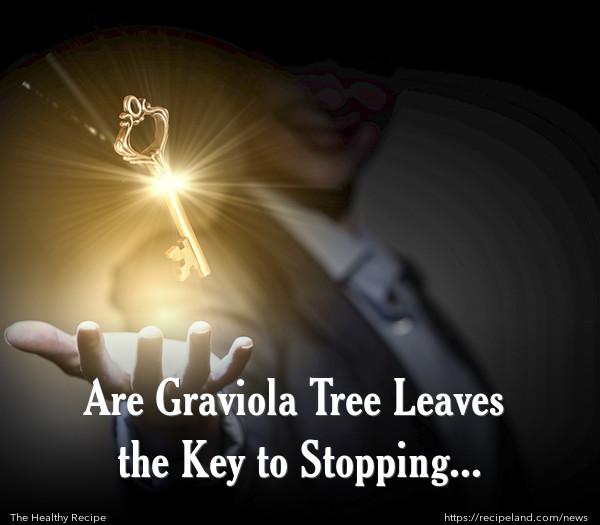 Almost 25 years ago scientists discovered the cancer-fighting benefits of the leaf of the Graviola tree. Cytotoxic compounds within Graviola tree leaves stop cells from dividing abnormally. Abnormal cell division is behind cancer and other illnesses involving diseased cells that have metastasized.

Amazingly, the Graviola tree’s cytotoxic compounds are able to effectively kill the cancerous cells without doing any harm to healthy cells. These compounds target cells that include larger amounts of Adenosine triphosphate (ATP). ATP is what gives cells the energy they need to complete work. Cells containing larger amounts of ATP are doing more work.

Annona muricata, or the Graviola tree, grows throughout Central America, Cuba, the Caribbean, Mexico, and northern areas of South America. Even though the fruit, bark, and roots of the Graviola tree can also be used therapeutically, the leaves contain the greatest amount of the powerful cytotoxic compounds and are the safest way to ingest these compounds. The active ingredient in these cytotoxic compounds is acetogenin. Soursop and guyabano are other names for Graviola.

Even though the cancer-fighting properties of Graviola have been tested extensively since the 1970’s, the results of these tests have not been made available. However, the National Cancer Institute supports these findings, affirming that the cytotoxic compounds of the Graviola tree are indeed able to successfully seek out and destroy cancerous cells.

The cancer-fighting properties of Graviola’s naturally occurring compounds go beyond killing cancerous cells. Purdue University has demonstrated that they are also effective against cancerous tumors, even those that are resistant to chemotherapy.

The Catholic University of South Korea confirmed research demonstrating that Graviola is 10,000 times stronger than Adriamycin, in stopping the division of cancerous cells. Adriamycin is a drug commonly used for chemotherapy treatments.

Research has demonstrated that the cytotoxic compounds within the leaves of the Graviola tree are able to treat cancerous cells within 12 types of cancer, to include: lung, breast, prostate, colon, and pancreatic cancers.

Graviola has also been found to support proper function within the thyroid, intestines, ovaries, prostate, pancreas, gall bladder, liver and kidneys. Further research is needed, but it has been suggested that Graviola might also be effective against infections from bacteria and parasites. Native groups have long used parts of the Graviola tree to regulate blood sugar, heal wounds, treat asthma and provide relief from arthritis and rheumatism.

However, Graviola is not safe for everyone to use. Women who are pregnant should not take Graviola. ATP is produced in large amounts within the cells of a growing fetus and the cytotoxic compounds within Graviola will target and attack these fetal cells just as they do cancerous cells.

, Serbia
over 3 years ago

Haha, great info! I use graviola leaves for my evening tea, it helps me relax and sleep better, this fruit is absolutely amazing for sure.
https://graviola24.com/