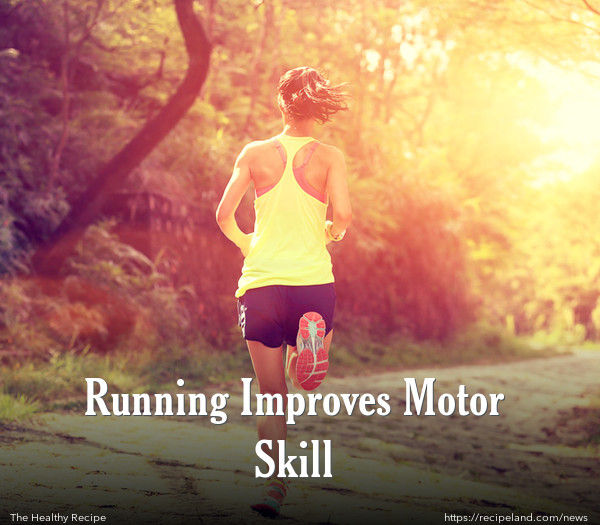 To test this, researchers used a Sequential Visual Isometric Pinch Task (SVIPT) to assess motor learning. A person is expected to pinch a small force sensor between their thumb and index finger, and as you pinch harder, you move a cursor across a computer screen. The objective is to move the cursor as fast and as far as possible to five various locations on the screen. Participant performance was evaluated by measuring the relationship between speed and accuracy of four 30-second trials.

Results showed that participants improved with their skills according to the SVIPT if they ran for 30 minutes prior to the test at a moderate pace. The results remained, even if they rested for an entire hour after completing their run. Those taking the test right after running performed best, when compared with the control group who participated with no exercise. The main improvement was in the area of motor control, and not necessarily speed.

During a second portion of the study, a multi-day experiment was conducted to assess the individuals over the course of 4 days. The participants ran prior to testing for the first three days. Again, the group that ran before testing performed far better than the control group, and these results were consistent even when neither group ran on the fourth day. This indicates that running does not merely give you temporary results, it can help you improve motor skills.

Researchers identify two main theories to explain the results of the testing. First, psychological models have indicated that people who exercise are more neurologically aroused and better able to focus. Other neuro-endocrinological models consider the rise in brain chemicals such as serotonin, dopamine, and others. Both explanations have some merit, but most researchers feel that the brain chemical reaction is more consistent with the fact that effects are reduced over time, and lower after only an hour elapsed since running.

This research may be helpful in specific rehab cases, such as stroke rehab, where there is already some early research outlining the benefits of exercise and how it can help patients regain motor function more quickly. Also, if you are planning on winning your golf game, think about heading out for a quick run first!