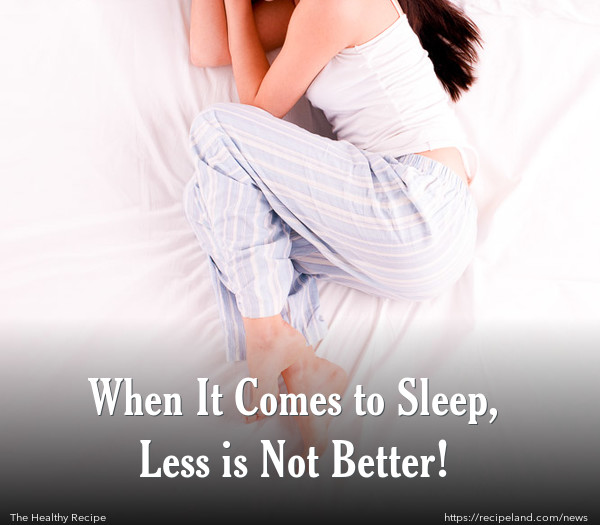 Sleep deprivation is nearly an epidemic, worldwide. Too many people think that they get enough sleep, but they are wrong. A good night’s sleep is important for many things, including mental and physical health.

Neuroscientists know that getting enough sleep is not something that is optional, it is important—and has been all throughout the evolution of our species. Says Russell Foster, a Professor of Circadian Science at Oxford University, “We are the supremely arrogant species; we feel we can abandon four billion years of evolution and ignore the fact that we have evolved under a light-dark cycle,” in a recent interview with the BBC.

Attitudes surrounding sleep have changed dramatically over the past several decades. People have become proud of their ability to survive on minimal amounts of sleep, and somehow, those who sleep the least are seen as more “powerful.” Women, especially, it seems have found that the less they sleep, the more they think they can accomplish. Even Margaret Thatcher claims that she needs only about four hours of shut eye to feel fresh enough to run a country.

Simon Archer, another contributor to this recent study, clarifies that we should not be viewing those who cut out sleep as highly accomplished. “I do agree that there has been this prevailing ’you snooze, you lose’ attitude, but some short sleepers such as Thatcher may be better able to cope better on less sleep.”

Too many people are trying to cram too many things into each day, and end up taking time away from their body’s rest cycle. More and more businesses are available 24 hours a day, making it easy to justify getting things done in the middle of the night. This has resulted in the average hours of sleep per night dropping about 1-½ hours per night.

Certainly previous studies have shown that there is a “healthy range” of sleep that most people require, but it seems that many are shaving little bits at a time off of that total and certainly getting less rest. On top of that, sleep is far more interrupted than it ever was, and the overall quality of sleep has deteriorated for most people.

When it comes to quality sleep, one of the biggest problems getting in the way is that we are exposed to too much light in the late hours of the day. This light usually comes in the form of screen time—phones, computers, television, etc. The type of light emitted from these devices is known to decrease production of melatonin, a natural hormone that helps regulate the sleep and wake cycle. This is important to understand, since melatonin is also important in the prevention of cancer, the proper functioning of the immune system and overall good health.

For example, those who routinely get five hours or less of sleep per night are 50% more likely to become obese. And, more than 30% of the car accidents in the United States have been attributed to tired driving, or falling asleep at the wheel. These are terrible statistics, and, perhaps more sleep is the simplest answer to the problem.

Finally, because so many people are trying to stay awake to get things done, the use of over the counter stimulants has increased dramatically. For those trying to avoid sleep, using these products has become an unhealthy lifestyle choice.

When we sleep, our brains are able to recharge and process all of the information that has been taken in. A great deal of learning takes place while we sleep. When we choose to avoid this resting time, we are affecting our health, our learning, our memories and more.

Chronic sleep deprivation is becoming a major public health concern, and leading to increased prevalence of both mental and physical health concerns. There is a very simple way to determine whether you are sleep deprived—if you feel sleepy throughout the entire day, you are probably sleep deprived. Most people do experience a short dip in their energy levels and feel sleepy for a short period in the afternoon, just as a result of our natural sleep cycles.

But, if it persists, then you may have a real problem. One of the easiest ways to fix the problem is to figure out a way to get a quick afternoon nap in. Closing your eyes for only about 20 minutes may often lead to a feeling of refreshment, and a great energy boost to get you through the rest of the day. Think of this as the classic “power nap.” You do not need to sleep deeply, merely “shut off” for a few minutes.

In summary, sleep should not be thought of as an indulgence that should be avoided. Getting the right amount of sleep, and the right kinds of quality, uninterrupted sleep, is critical to your mental and physical well being.