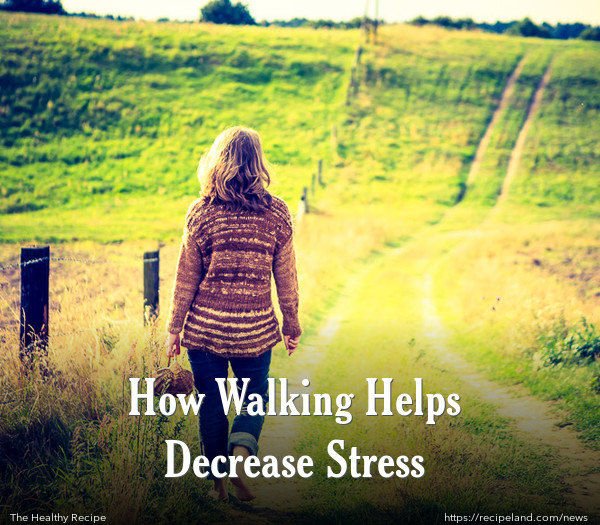 When most people are asked why they like to walk, they typically give answers related to weight loss or fitness. But, there are also many people who already recognize the benefits of walking when it comes to reducing stress as well as providing many other emotional benefits.

Walking is an aerobic exercise, and when you engage in aerobic exercise, especially when you do it every day, you will have better self esteem and less likelihood of developing depression. Research has shown that walking briskly for 20-30 minutes per day can offer the same effects as a mild tranquilizer.

Walking helps to release endorphins, which are powerful brain chemicals that help reduce pain and stimulate relaxation. The higher your endorphin levels, the more calm and relaxed you will feel. This is one of the reasons why walking can make you feel so good.

You Can Keep It Slow

You don’t necessarily have to begin power walking to get the benefits of walking. You can comfortably stroll down the street and get many of the same benefits as you will get from a brisk walk. The most important part is that you need to use your mind while your body is in motion.

A recent study examined 135 participants in five different groups. Three groups were required to walk daily, one at a brisk pace, and the two others at a lower intensity pace. The fourth group engaged in mindful exercise, such as tai chi. The fifth group was a control group, and did not make any changes to their lives during the time of the study.

One of the low intensity groups learned a meditation technique which they were instructed to use during their walks. The exercise involved paying attention to each footstep and counting them off in a “one, two, one, two” pattern. In addition to the counting, these participants were asked to visualize the number as they counted, letting other thoughts drift away. Dr. James Rippe, a cardiologist and an author of several books describing the benefits of walking, explained that the combination of meditation and low intensity walking had dramatic results.

For the next 16 weeks, those who meditated while walking reported feeling less anxious and having more positive feelings than those participants in the other groups. This group experienced the same benefits as those in the brisk walking group.

Those who were in the low intensity walking-only group did not show improvements in their emotional state until they had been participating for 14 weeks, and the effects were not as significant as the other groups. Those in the mindful exercise-only group had effects similar to the walking and meditating group, which led researchers to conclude that meditating might be as powerful as exercise when it comes to reducing stress.

Rippe highlights one of the most interesting findings from the study as being the fact that results were immediately obvious that walking can help reduce stress. This is important for people who are not able to engage in high intensity exercise, because they can get the same benefits from walking, especially when using meditation techniques while they are strolling along.