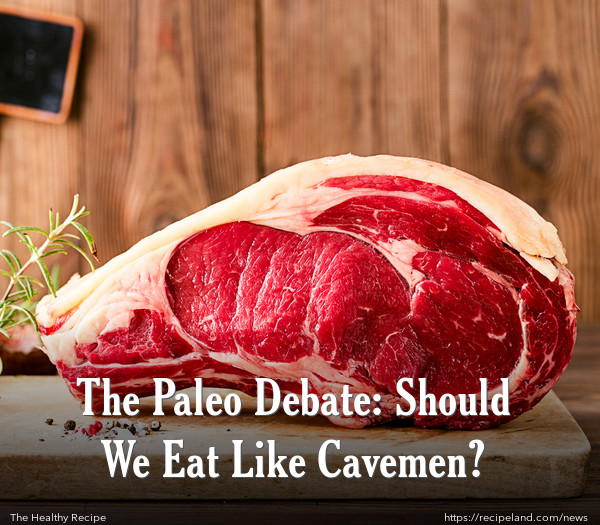 There is a great debate on what the healthiest diet is. Many are claiming that we need to return to our prehistoric roots, and follow what is called the Palaeolithic diet, or Paleo for short.

People who are recommending this diet are considering that the whole foods consumed by cavemen are still what should be consumed by modern men, assuming that our overall genetics and nutritional requirements have changed little.

As the cavemen had no incidence, many argue that the Paleo diet is great for preventing heart disease, diabetes and many types of cancers. However, many argue that there are differences between the prehistoric lifestyle and our modern life that are not entirely based on diet, and therefore this is not the only reason for the health problems that are seen.

Recent studies indicate that the typical Western diet contains about 70% of foods that cavemen would never come into contact with, specifically grains, processed sugars, trans fats and dairy products.

While few would argue that a high-fat diet containing many processed foods is healthy, it is unclear whether or not we are significantly evolved from our cavemen days in terms of our digestive systems. Evolution specialists claim that we have continued to evolve, and humans today are not genetically identical to the prehistoric ancestors.

Today, humans tend to consume cow’s milk and other dairy products. This is an evolutionary change, as cavemen were largely lactose intolerant and unable to consume cow’s milk. As humans developed tolerance to lactose they were able to develop other sources of nutrition, besides using the cow for meat. Milk provided an uncontaminated source of nutrition that could be consumed through drinking.

Whether or not the argument that we are similar to cave-people has any relevance, most would agree that a diet rich in whole foods, specifically nutritious fruits and vegetables, and without any processed foods, is healthier. Whatever scientific evidence is available does support that claim.

One of the biggest questions is not whether or not Paleo diets are healthy, but whether or not they are considered to be a good way to lose weight. Most who begin a Paleo diet do shed weight quickly in the beginning, but the overall pace of the weight loss does tend to slow.

A recent study that examined participants over the course of two years found that, after following 70 postmenopausal women, in two groups, who were obese, the group who followed the Paleo diet showed the greatest decrease in waist measurements after the first year. The other group who followed the Nordic diet, which contained a wider variety of foods, including dairy products, high fibre foods and whole grains, did not show the dramatic results after the first year.

Interestingly, both groups showed similar weight loss and maintenance after the two year period concluded. Those who were on the Paleo diet showed better levels of cholesterol and blood fats, but both groups showed significant improvement in this factor. Both groups reported that it was difficult to follow the restrictions of the diet, for Paleo or Nordic diets.

In conclusion, it is unclear whether or not Paleo diets are the healthiest. Of course, avoiding refined sugars and processed foods is a common recommendation when considering a healthy diet, but the strict Paleo interpretation may not be necessary for people trying to lose weight.

As always, diet and exercise are both important for weight loss, and should be the focus. There is no magic solution!