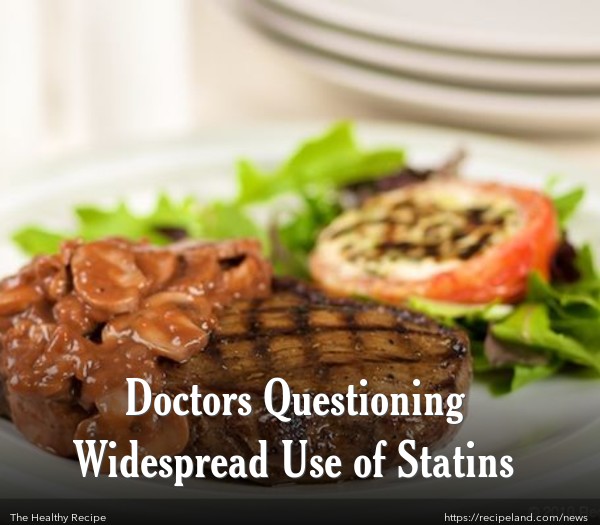 The widespread use of statin drugs to lower cholesterol is only increasing, according to proposed guidelines. But, this may not be the answer for preventing heart disease.

Are statins the best way to lower cholesterol? Maybe not, according to at least one doctor, a vascular surgeon, experimenting with his own health treatments. After receiving the news that his cholesterol was extremely high, this physician was prescribed cholesterol-lowering statin drugs to combat the problem.

Taking them religiously for 8 years, he one day decided to stop taking the medicine after doing some research and learning that the statins may not actually be able to prevent cardiovascular disease or heart attack. In fact, cholesterol levels may not be one of the primary causes of these problems at all.

Although side effects from statin drugs tend to be uncommon, approximately 20% of those using them may experience side effects ranging from pain in muscles to difficulties with memory to diarrhea or even blurry vision.

Instead of statin drugs, this particular doctor made lifestyle changes, primarily to his diet, by removing sugar and alcohol, and increasing his intake of animal products. Research, especially a recent study from Cambridge University, is pointing toward sugar being more unhealthy than fat, and, certain studies have even suggested that animal fat is not related to the development of heart disease at all.

The wide range use of these drugs is concerning, since this statistic applies generally to most men over age 50 and most women over 60 years of age. Statins are thought to decrease inflammation in the body, one of the causes of heart disease. But, their effectiveness is now being questioned, since diet and exercise changes can also have the same results.

A study conducted in 2011, called the Hunt-2 Study, examined more than 50,000 participants in Norway, ranging from 20-74, who had no symptoms of cardiovascular disease.

Importantly, statin drugs have been associated with an increased risk of developing type 2 diabetes, and researchers are cautioning doctors about the widespread prescribing of this class of medication. Doctors need to be aware of these risks and take every bit of information into consideration before giving these drugs to patients to lower their cholesterol.

Lowering the guidelines to indicate that statins are important to those with only a 10% increased risk of heart attack may be a dangerous proposal, one that is rigorously opposed by many physicians—who report that they would not take the medicine themselves or prescribe them for a relative.