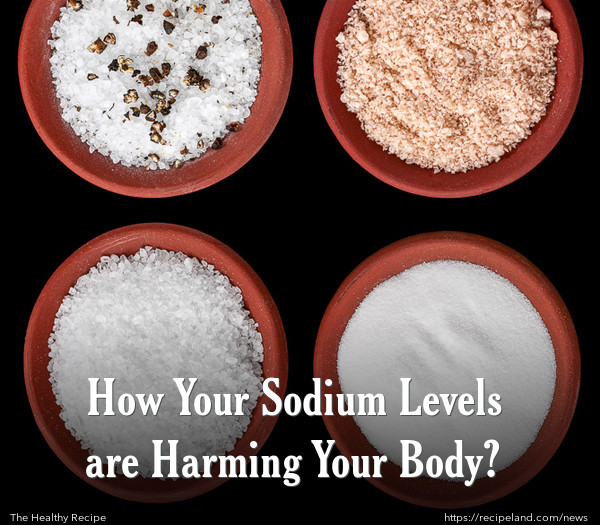 The number of deaths that are connected in some way to sodium intake is on the rise. But, too much sodium does not always necessarily lead to death. There are other complications that you can correct before it is too late!

Some of the side effects of too much sodium are harmful, others may just be annoying. But here are 7 things that sodium does to your body, read on and consider cutting back on sodium to prevent these problems, as well as the more serious problems that you may already know about.

Sodium causes you to retain fluids, which can lead to a very bloated feeling. When you have excess fluids in your body, you might feel uncomfortably bloated or even notice swelling of your hands and feet.

Too much sodium will increase your risk of having a stroke. This is usually because of the increased blood pressure that results from the high sodium levels.

The more salt that you consume, the more you want to consume. If you eat a lot of foods that are high in sodium, your body will start to crave more sodium, which leads to a vicious cycle. Choose healthy snacks that are low in sodium to start to lessen the cravings and reverse the process.

5. Increased Workload for the Kidneys

When your blood pressure increases, your kidneys have to work harder. Those who have chronic health conditions related to kidney function should surely watch their sodium intake, but it is wise for anyone because high sodium can lead to high blood pressure, and subsequent kidney problems.

Those who consume large amounts of sodium have been found to have a more rapid cognitive decline as they age. Cut your sodium and increase your brain function!

Research has shown that consuming high amounts of sodium can directly correlate to developing heart disease. For those with other chronic health conditions, such as diabetes, the increase is exponential.