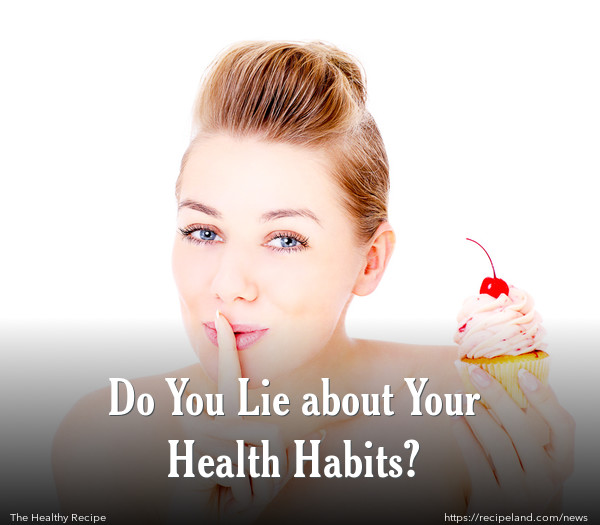 Many people want to hide the truth, or keep some of their bad habits to themselves. But, tracking food purchases helps to reveal what they truly eat and may be the only way to help them change.

It is very common for people to lie to their doctors or health care providers about their habits and behaviours. Many want their physicians to think that they are actively pursuing a healthy lifestyle and avoiding bad habits.

Unfortunately, this makes it not only difficult for the doctors to properly treat the patients, but it definitely changes many of the conclusions that researchers are able to make regarding healthy choices, especially when information is derived from self-reporting tools.

A recent study has found a way to clarify some of the behaviours that are self-reported. Kusum Ailawadi, a researcher at Tuck, developed a study that keeps track of the foods that people purchase and had people use a special device to scan the purchases they make.

When this information was compared with the information reported by the participants in the study, including demographic information, household income levels, self discipline, health records and more, it became easier for researchers to draw conclusions about health habits and the nutritional content in the foods that people bought.

Ailawadi states, "We know that recall is not accurate and we know people, especially obese people, are hesitant to admit to unhealthy eating, we were interested in actual purchasing behaviour."

Researchers noted that, in many households, the foods that were regularly purchased often significantly changed if a member received a diagnosis of Type 2 diabetes.

Because this is a chronic health condition that is often associated with obesity, it was noted that those households with a diabetic changed some of their buying habits to include fewer processed food items and fewer foods that contained trans fats.

It has been reported by the CDC that diabetes cases have increased more than three times during the last three decades. With more than 20 million Americans having Type 2 diabetes, it is becoming a true epidemic and a major health concern—not only in the United States, but globally.

In addition to the more than 20 million people already diagnosed, there are millions of others who are currently in a pre-diabetic condition, and are at a high risk for developing the disease at some point in the near future.

Researchers found that there were definite differences in buying habits based on the educational level of the head of the household. In households that were led by educated consumers, there was an obvious interest in nutrition, and fewer purchases of foods that were unhealthy, or contained large amounts of fats and sugars.

However, it was also noted that the biggest factor influencing purchases, at every demographic level, was the price of the foods.

Those who reported having healthy lifestyle habits, like frequent exercise and low intake of fast foods or processed foods made fewer unhealthy purchases, yet still consumed many foods thought to be healthy (e.g., yoghurt, cereal) that still contained large amounts of sugar.

This is a situation that perplexes researchers, because it is certainly possible to try and follow a healthy lifestyle, yet still take in too much sugar and calories. This comparison is referred to as a “healthy halo bias,” meaning that people think they are making healthy choices but they are somewhat misled.

Ailawadi describes the confusion this way: "They're putting more of the healthy foods in their mouths, they focus on quality and not on quantity: Is a food healthy or unhealthy? Once they categorize it as healthy they don't focus on how much of it they're eating."