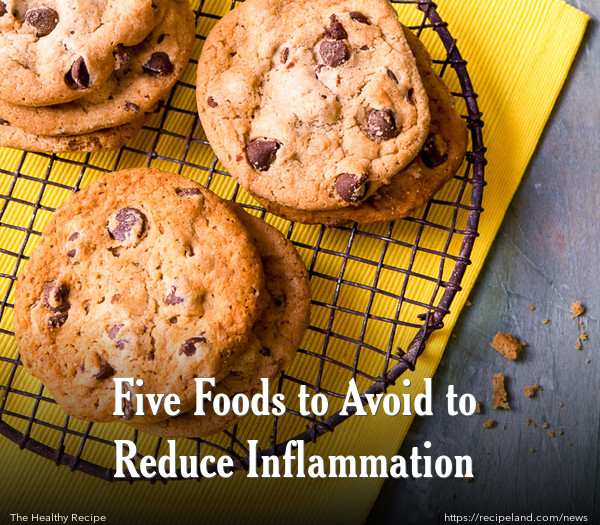 Certain foods that many people consume on a regular basis may contribute to an increased level of inflammation in the body. Those with high levels of inflammation have a higher risk of developing chronic health conditions, or dying earlier, than those who do not have the same levels of inflammation. Cancer, diabetes, cardiovascular disease, and more, are common in people with diets high in inflammatory foods.

Here are five of the top offenders when it comes to foods that cause inflammation:

Even unsaturated oils, like corn and safflower oils, are made up mainly of omega-6 fatty acids. These oils are tied to inflammation and can lead to an increased risk of developing coronary artery disease, according to researchers at the University of Toronto. Instead of these oils, try to stick to those with mainly omega-3 fatty acids, like olive oils.

Japanese researchers conducted a study where they injected mice with the food additive MSG. What they discovered is that the mice developed significant inflammation, obesity, type 2 diabetes, and liver disease. Even though the FDA says that MSG is safe, researchers at the University of North Carolina determined that those who consume the highest amounts of MSG daily, up to 5 mg, are more likely to become obese than those who steer clear of the additive, commonly found in Chinese food. Occasional indulgence is probably okay, but beware of other sources of MSG, like salad dressings, canned broths, canned soup, deli meats, and certain sauces.

Eating too many cookies, breads, crackers, and packaged foods can increase an inflammatory protein in the body called plasminogen activator inhibitor type 1 (PAI-1), which is known to be correlated to a higher risk of developing type 2 diabetes, according to researchers at the University of Toronto.

A study conducted in Switzerland found that young men who consumed about two cans of cola per day had higher levels of C-reactive proteins, which is a sign of inflammation that is known to be correlated with a higher risk of heart disease, stroke, and heart attack. They may have levels nearly 110% higher than those who do not drink any soda. Time to switch to sparkling water with a splash of citrus, instead.

People who consume meals that contain large amounts of red meat will decrease the benefits of having high HDL (the good kind of cholesterol), and this can lead to poor blood vessel functioning. As a result, you can develop high blood pressure and heart disease, according to Australian researchers. You don’t have to cut steak out completely, but be careful of the kinds you choose and make sure that you stick to smaller portions of lean cuts, look for words like “round,” “loin,” or “sirloin” for the bets options.

Preventing inflammation can help prevent so many chronic health conditions. Be sure that you are eating the right foods!