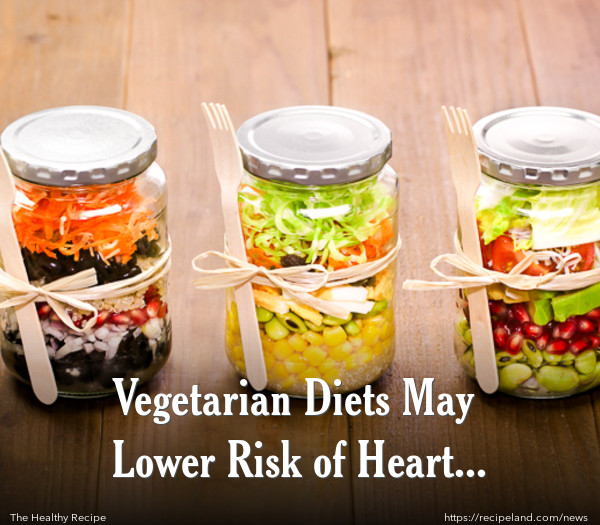 A recent study that examined the dietary habits of more than 450,000 Europeans found that those who consume higher amounts of plant-based foods have a lower risk of dying from heart disease, stroke, or other cardiovascular disease. Consuming whole grains, vegetables, fruits, nuts and beans can reduce the risk of dying from heart disease by approximately 20 percent, compared with people who have diets consisting of more than 50% meat, dairy, eggs and fish.

Researchers are careful to point out that merely eating a vegetarian diet does not explain the significant decrease in risk. Camille Lassale, an epidemiologist from Imperial College London in England explained that other lifestyle habits often accompany a vegetarian diet, and factors such as obesity, activity level and education also play a role in heart disease prevention.

The results of this study are still considered to be preliminary, but they are consistent with findings in similar studies, and the American Heart Association recommends that people consume plenty of plant-based foods for a healthy diet. This can significantly reduce the amount of saturated fat that is consumed, and saturated fat is often associated with a higher risk of heart disease.

Making changes should not be difficult, and a complete, strict vegetarian regimen is not necessary. Lassale stated, "This isn't revolutionary. It's a simple message: Replace some meat, eggs and dairy with beans, nuts, [grains] and vegetables." While a Mediterranean diet has often been promoted as being very heart healthy, this diet does include fish and is often considered a variety of vegetarian diet. Certain types of fish contain high levels of omega-3 fatty acids, which provide many of the good nutrients that are contained within red meat with far lower levels of saturated fats.

Because the study included such a large number of participants (more than 450,000), results are promising. The participants ranged in age from 35 to 70, and were followed for about 13 years. Just over 5,000 died from heart disease during that time frame.

Each participant’s diet was evaluated and each person was given a score related to the level of vegetarianism in their diet. Those with higher scores showed a 20% lower risk of dying from cardiovascular diseases than those with scores at the lowest levels.

People who are not interested in becoming vegetarian can still benefit from these results, simply by adding in healthy choices such as whole grains, beans, nuts, and more fruits and vegetables. Making a slight adjustment and eating more veggies than meat and dairy can make a notable difference.

A professor of nutrition and medicine at the University of Vermont, Rachel Johnson, validated these findings by stating, "The results are important because they demonstrate that people do not need to follow a total vegetarian diet to lower their risk for cardiovascular disease. Moving toward a more plant-based diet appears to be beneficial without going completely vegetarian."

Researchers are recommending that eating fish which contains omega-3 fatty acids twice per week, rather than red meat, can help. Great sources include salmon, trout and herring.