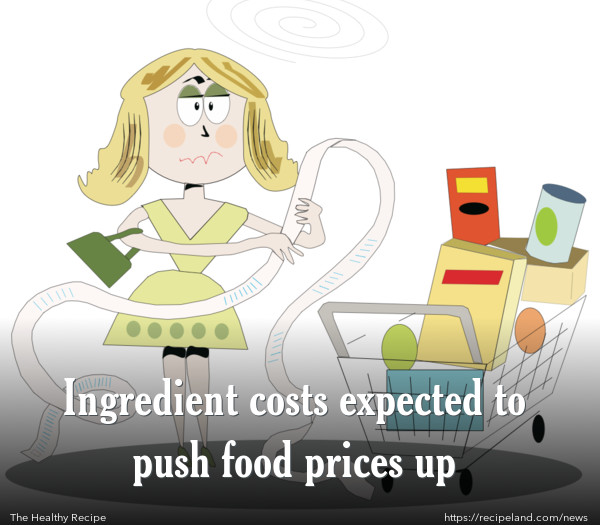 In the meantime, the US largest, Kraft Foods is in the process of rolling out price hikes on about 40 percent of it’s line-up.

“And have you seen the price of bacon lately?” reports the pulitzer price winning Seattle Times. According to federal data it’s price has shot up about 16% in the last year.

Analysts are suggesting the rate of inflation on food could more than double in the next year.

General Mills hasn’t raised food prices in 3 1/2 years.  The maker of Bisquick, Betty Crocker, Pillsbury and Gold Medal flour has stated it will raise prices on 25% of it’s cereal line on Monday.

Last month, McDonald’s said it is planning on raising prices in order to offest rising costs. Kellogg is expected to raise cereal prices along with Unilever and Nestle who have signaled increases are likely in the near future.

“The USDA doesn’t like to break bad news” says one agricultural economist that expects at a least a doubling in food inflation next year.

Coffee, sugar, wheat and corn are at all highs not seen in 2 to 20 years on the commodity markets.

The impact of H1N1 and other factors has dealt  hog and cattle producers a couple of years of low demand that caused them to thin out their herds last year.  The shrinking supply has set pork and beef prices on a steady rising trend.

Expect to see beef, veal and pork prices to increase 2 1/2 to 4 1/2 percent in the coming year according the predictions from government data.

One way consumers can get the best bang for their buck is to replace fast-food and prepared foods and make their own at home.

Bacon costs more? Make an egg frittata, it’s quick and easy and likely just as fast and convenient compared to walking down the street, or driving your car to line-up at the drive thru at your local “fast-food” place.

As meat prices rise replace them with more beans and vegetables. Cost-effective and healthy recipes are easy to find on your favorite recipe site.

If sugar prices are on the rise buy less of those sugary drinks and save more than just the soda tax. You’ll save the tax plus dentist bills and likely benefit in the long term with lower health care costs overall.

How ironic that ultimately, this may be the only way to bring the skyrocketing pace of diabetes in the US under control. Time to break out Grandma's canning and peasant food recipes....

happyzhangbo
Lindsay, Canada
over 11 years ago

Totally agree with the concepts in this article, being vegetarian may be hard for all of us, but try to make an effort to put more properly cooked delicious vegetables and beans on our plate, it is not only just cheaper, but good for our health too.