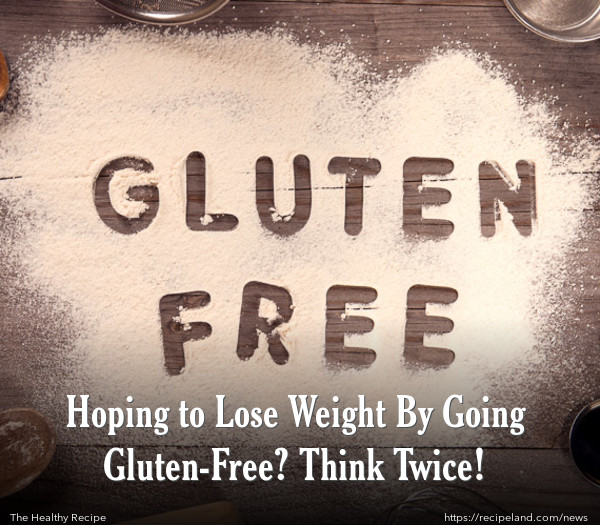 If you think that losing weight is as simple as switching to a gluten-free diet, you may be quite surprised to find out that it may not help you lose weight.

A 2013 survey found that more than a quarter of Americans were under the impression that removing gluten from their diets would mean losing those extra pounds. Many celebrities can be quoted as saying that gluten free has helped them, too. The problem is, the research really doesn’t support that, according to a recent paper published in the Journal of the American Academy of Physician Assistants.

Americans are notorious for searching for a simple cure for weight loss. Glenn Gaesser, Ph.D., the author of the study and the director of the Healthy Lifestyles Research Center at Arizona State University, states, “There is a desire among Americans to search for some sort of magic bullet that’s going to solve a lot of their health problems. But we couldn’t find a single study published that supports a weight loss claim for a gluten-free diet.”

Gaesser explains that there are really only three reasons that anyone should switch to a gluten-free diet, and these are:

1. People with a wheat allergy

Approximately 0.1% of the population is allergic to wheat and wheat proteins, and this is often outgrown by adolescence.

Celiac and other autoimmune diseases often require the elimination of gluten from the diet. These conditions affect about 1% of the population.

3. People with a non-celiac gluten sensitivity

This condition, sometimes referred to as “NCGS,” is characterized by certain symptoms including gas, bloating, fatigue, and headaches, after ingesting foods containing wheat products. While there is no actual test to confirm NCGS (while wheat allergies and celiac diseases can be confirmed through blood tests), it is unclear how many people are affected by this condition.

If none of these categories describes you, then there is really no good reason why you should go gluten-free. However, ridding your diet of heavy carbohydrates that add empty calories to your diet, like many of the over-processed foods that happen to contain gluten, such as pasta, breads, and cereals. Giving these up can definitely help you lose weight. These foods are often a source of many calories in the American diet, as well as being unhelpful for providing nutrients, fibre, and protein.

Some studies have actually shown that gluten offers some special health benefits. Some of the studies are showing that gluten may lower triglycerides, which is one type of “bad” cholesterol. Another study showed that those on a gluten free diet had less good bacteria in their gut.

If you think you may have a problem digesting gluten, you should consult with a dietician who specializes in gluten free diets to find out if you are a good candidate to try this.