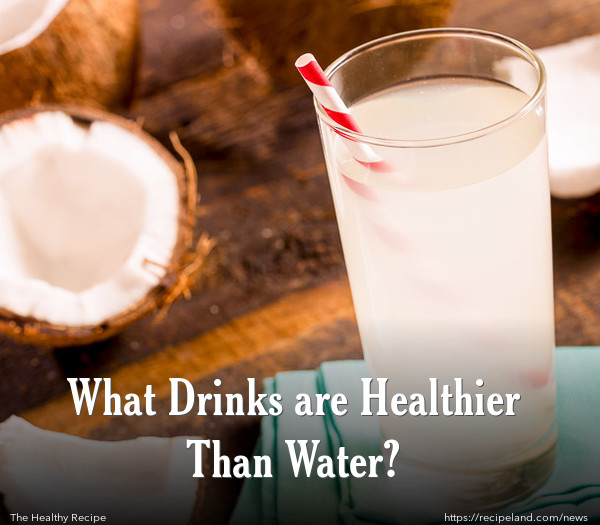 It’s hard to keep track of what you are supposed to be eating and drinking for optimal health. Water is known to be very good for you, with benefits that include good hydration, weight loss, energy boosting properties, and even mood improvement. So, keep drinking plenty of water! But, drinking only water will limit the nutrients and antioxidants that are available in other drinks.

Felicia Stoler, RD, a dietician and exercise physiologist from New York City explains, "Don't get me wrong, drinking plenty of water is a good thing for everyone. However, it doesn't give you any antioxidants, phytonutrients, and other specific nutritional benefits." Be sure that you are occasionally reaching for these other drinks, too, to get added health benefits!

The benefits of green tea are only beginning to truly be realized. It has been recognized lately as a nutritional powerhouse that can help with many health issues and provide tons of benefits. Green tea can help lower cholesterol, reduce blood pressure, stabilize blood sugar, and even fight cancer. Green tea is even good for your brain, and may help protect your memory and fight the onset of dementia or Alzheimer’s. A recent study revealed at the 2015 International Conference on Alzheimer’s and Parkinson’s Diseases showed a correlation between drinking green tea and maintaining cognitive function after the age of 60. Stoler adds, "We think these health benefits are largely due to green tea's catechin content—powerful antioxidants that fight cell damage. What's more, green tea tends to be minimally processed, so you're getting a pure, rich source of these antioxidants in every cup.

The amount of coconut water being consumed is growing rapidly, with sales skyrocketing from $4 million to over $20 million between 2007 and 2009. People are recognizing that this drink is packed with electrolytes and can help quickly rehydrate the body after exercise. A study recently published in Medicine & Science in Sports & Exercise found that coconut water is better for your body after exercise than plain water. With high levels of sodium, potassium, and magnesium, coconut water is far better than a sports drink that contains high levels of sugar. With only 60 calories in a 12 ounce serving, unsweetened coconut water gives plenty of benefits with few calories. Stoler offers, "I suggest buying coconut water that's unsweetened and adding fruit or other natural sweeteners to taste."

Although some still think that alcohol kills brain cells, a recent study published in PLOS One showed that those who consumed beer regularly had a lower risk of developing this neurodegenerative disease than those who regularly consumed wine or liquor. The decreased risk may be nearly 60%. Those who consumed more than one drink per day had a higher risk, regardless of the type of alcohol.

Milk is definitely one of those beverages that gets a lot of conflicting attention. Some say that it offers extensive health benefits, yet others will claim that drinking milk may increase the risk of obesity, diabetes, and even cancer. A new study conducted at the University of Kansas Medical Centre found that milk can increase the amount of glutathione in our brains, which is known to help fight free radicals.

Drinking water is still good for your health! But, if you want something different once in a while, these are several drinks that offer terrific health benefits, too!