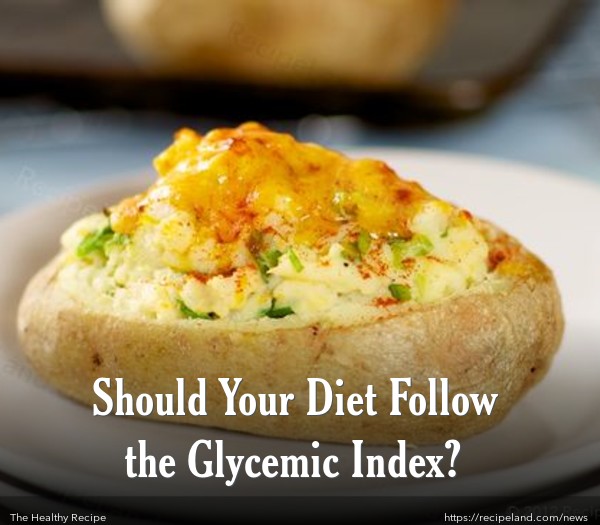 If you are experiencing guilt every time you eat a baked potato or a piece of fruit, because you think that there is too much sugar and the glycemic index of that food is too high, then you need to learn more about what the glycemic index actually mean.

The glycemic index (GI) was developed initially for diabetics and has been used to help regulate diets since 1981. The GI rates foods based on how much effect they have on blood glucose levels. Often used in certain diets, like Atkins, South Beach, and NutriSystem, the GI does have some merit, but it is often over-relied upon for making food choices. Critics question whether glycemic index is a healthy way to make food choices.

A recent study conducted at the Harvard School of Public Health and published in JAMA revealed that those people who followed a strict diet according to glycemic index guidelines did not demonstrate better insulin sensitivity (an indicator for diabetes), positive changes in cholesterol, or improvements in blood pressure.

After evaluating results for over 160 overweight adults over the course of 5 weeks, researchers found that the amount of carbs consumed by participants did not affect the insulin sensitivity and only minor improvements were noted in blood pressure.

Interestingly, the one factor that did show positive change was the amount of total triglycerides (bad cholesterol) improved by about 20%, on average, for participants, when compared with a control group that consumed high amounts of carbs during the same time period.

Researchers concluded that, unless you are diabetic, then you should not necessarily be focused on a diet that is based on the glycemic index. Instead, you should be keeping track of the nutrients in your foods, including total sugars, fat, and calories and making healthy choices as consistently as possible.