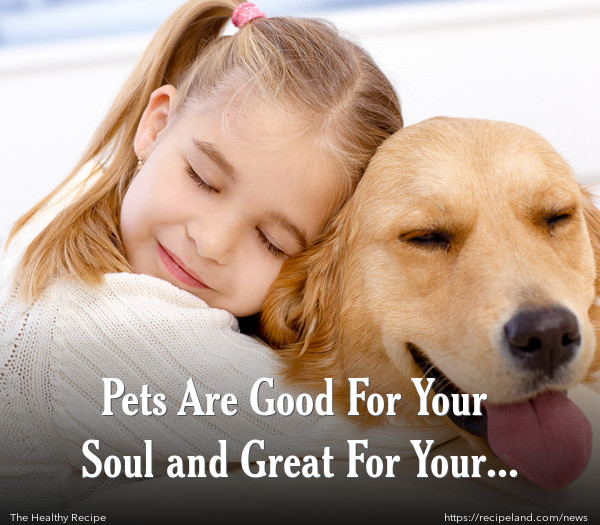 Could pet ownership be the key to a healthier heart?  Research studies consistently show that as pet owners meet the physical needs of their pets and interact with them, the owners are actually improving their own heart health and overall fitness in a variety of ways.

Dr. Adnar Qureshi of the University of Minnesota Stroke Institute concluded that cat owners, between the ages of 30-75, are 30 percent less likely to die from a heart attack than non-cat owners of a similar age.

These conclusions were based on data gathered from 4, 435 Americans in 2008.  Dr. Qureshi believes that the same benefits would be observed amongst dog owners as well, were they to be studied.

This study found that blood pressure levels were at the lowest when volunteers were petting a dog, indicating that the type of interaction an owner has with their pet has a demonstrable impact on their own heart health.

The group found that interaction between pets and owners not only leads to an improvement in heart health, but pet ownership – in particular dog ownership – also leads to an overall healthier lifestyle.  Dog ownership can result in lower cholesterol levels, increased physical activity, and the ability to maintain a healthier weight.

Dr. Chi-Ming Chow, a cardiologist at St. Micheal’s Hospital in Toronto, agrees with the heart association, observing within his practice that owners who exercise their dogs on a daily basis also reap physical benefits.  Walking at least 10,000 steps each day leads to longer life, an overall feeling of well-being, and a significantly reduced risk of heart attack.  Taking the dog for a walk is a great way to increase the amount of steps taken each day.

In fact, Dr. Chow actually recommends dog ownership to his patients who need more physical activity!  The need to provide exercise for a dog gives owners a level of commitment to a daily exercise routine that they might not otherwise have.

Interestingly, researchers at the Memorial Medical Center in Long Beach, CA have also established a direct link between lower blood pressure amongst hospitalized patients recovering from heart-failure and therapy dog visits.  On average, a 10 percent lower blood pressure was recorded for these patients.

Researchers also noted that the heart-failure patients ‘ levels of epinephrine, a hormone which indicates stress in the body, dropped 17 percent and anxiety dropped 24 percent during these visits.

When pet owners are able to focus on meeting the needs of their pets and interacting with them, they are not dwelling on the stressful situations they might be experiencing at work or in their personal lives.

While pet ownership may be good for the soul, medical research demonstrates that it is great for the heart!