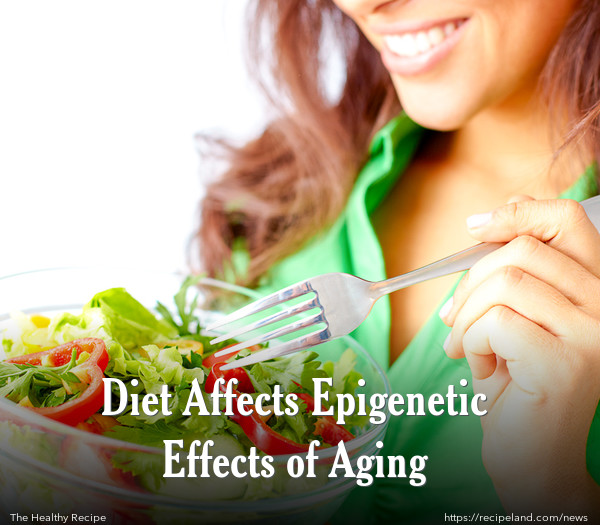 It is well known that what we eat can have a significant effect on our health, but research now shows that our diets also play a huge role in the aging process. Cellular and molecular changes occur over time as we age, and these changes are referred to as epigenetic marks. Interestingly, research is now proving that what we put into our bodies can help us to experience a more healthy aging process by reducing the cumulative effects of the epigenetic changes that are occurring.

Some nutrients and minerals have more to do with slowing the aging process than others, particularly vitamin D and selenium. Foods that contain more of these nutrients are going to help reduce the effects of the epigenetic marks.

Conversely, certain factors such as obesity and high blood folate tended to increase the epigenetic changes that occurred. These results show a direct correlation between what we eat and how quickly our bodies are aging.

Epigenetic marks, known as DNA methylation, do not specifically cause health problems or cancer, but the methylation marks can be transmitted when cells divide, and can often trigger certain types of cancers. The methylation marks do not change genes specifically, but they can turn on or off certain processes when transmitted. As methylation is seen as a primary cause for many cancers, and it is directly related to aging, this makes aging a primary risk factor for developing bowel cancer. Those over 50 are known to have a higher risk of developing bowel disease.

At Newcastle University, a study conducted by the Institute of Food Research sought to determine the relationship between diet and epigenetic changes. Volunteers were selected for the study based on several characteristics, including having no cancer or inflammatory bowel disease and consuming a typical diet with no special supplements. The volunteers were evaluated based on their age, sex, body size, and levels of certain nutrients found in their blood. Each of these factors was compared to the epigenetic marks that were found in the genes of the volunteers to examine the relationships.

By assessing the various epigenetic markers that are related to the genes known to be associated with cancer, researchers were able to show that those with higher levels of vitamin D and selenium in their blood showed fewer epigenetic changes, and therefore fewer effects of aging on the genes with less methylation. These results are consistent with certain previous studies that correlated high vitamin D and selenium rates and the decreased risk of bowel cancers.

Although B vitamins are known to be important for overall health, certain studies, including this one, have shown that an increased blood folate level may contribute to certain epigenetic changes that can lead to bowel cancers. Researchers concluded that certain people may be at a higher risk if they consume excessive amounts of B vitamins. Further research is necessary in this area to determine the relationship between epigenetic changes, blood folate levels and development of certain cancers.

In conclusion, this study supports the idea that although the risk of many cancers is increased directly as a result of the aging process, the epigenetic changes that are seen can be limited by certain dietary changes and by avoiding obesity.