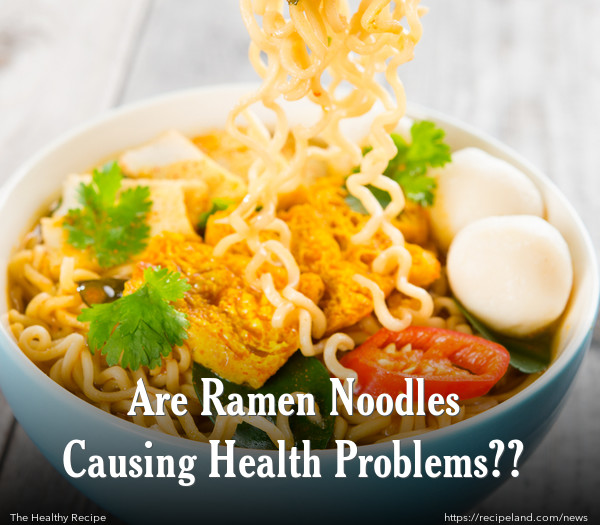 Ramen noodles are considered to be a college staple. Because this is an inexpensive, easy to prepare food, college students tend to gobble up ramen noodles by the case load.

New research shows that this may be a very unhealthy habit with major consequences. A condition known as cardiometabolic syndrome can develop, which may lead to cardiovascular disease, diabetes or stroke, in some cases.

This recent study conducted by scientists at Baylor University, was published in The Journal of Nutrition showed how eating these tasty pre-cooked noodles may cause health problems. Because eating instant noodles is very popular in Asian cultures, diet information was obtained from the Korean National Health and Nutrition Examination Survey.

Results were not surprising, showing that diets high in convenience and fast foods, were closely related to obesity and high cholesterol levels. Those following a traditional diet showed lower blood pressure and cholesterol. Neither group showed a higher risk of cardiometabolic syndrome.

Interestingly, when scientists specifically examined the consumption of pre-cooked noodles, those who consumed the noodles at least two times per week had a nearly 70% greater chance of developing cardiometabolic syndrome. Those eating them once per week showed a greater than 25% increase in risk. The increased risk showed mainly in women and not significantly for men.

The research group concluded that the increased risk of developing cardiometabolic syndrome is related to the relatively high number of calories, high refined carbohydrates, high saturated fat and high sodium content found in the pre-cooked noodles. There may be specific factors that make women more likely to experience the negative health problems, related to hormones like estrogen.

More research is necessary regarding this potential health problems, as the study only considered how often a person ate the noodles, but not how much of the dish they consumed. The results do clearly show how important a healthy diet is, and that processed foods in general are less healthy.

thank you so much for ARE RAMEN NOODLES CAUSING HEALTH PROBLEMS Recipe giving such amazing and luscious recipes... I appriciate your write up.