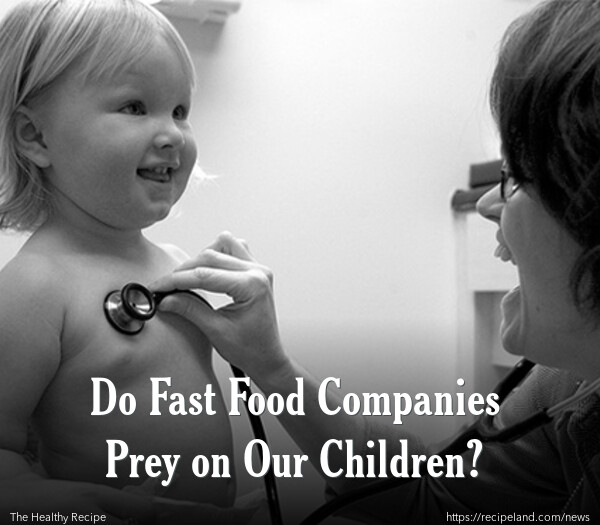 Food companies are rushing to stop the government from passing laws that would affect sales of junk foods. The companies suggest “trust us, we’ll police ourselves” and have made pledges through the Children’s Food and Beverage Initiative to reduce marketing of junk to children.

The ugly truth however is they are aggressively increasing their marketing aimed specifically towards our children. Advertising designed to brainwash our children is so specific that one might think our children are walking around with a target on their back.

The Rudd Center for Food Policy and Obesity of Yale University recently conducted a comprehensive study on how fast food is marketed towards children.

Kelly Brownwell, director of the Rudd Center, reports that many fast food companies like McDonald’s and Burger King claim that they will self-regulate how they target the advertising of their food at children.

However, this study found that the amount of ads promoting junk food to children is actually on the rise!

Here are a few of the conclusions from Fast Food FACTS, the report of the Rudd Center study findings:

To make sure that your children develop a lifetime of good health, not a reliance on fast food, prepare delicious meals with them at home in your own kitchen.

Homemade chicken finger recipes, healthy burrito recipes and other kids recipes that they love are quick and easy to prepare and can help stretch your grocery dollar. By spending a little time and getting your children i nvolved will help your kids to give them an interest in the foods they eat.

While it can be difficult to control how much fast food advertising your child is exposed to, you can control the menu and grocery budget. As a parent make healthy choices that will last a lifetime.

GlobalEd33
Washington, DC
about 11 years ago

Public opinion is the territory media claims in the name of consumerism. They pledge allegiance to profit-over-concern & we allow it. If we want better judgement among us, we must unite in actions against deleterious influences upon society & youth.