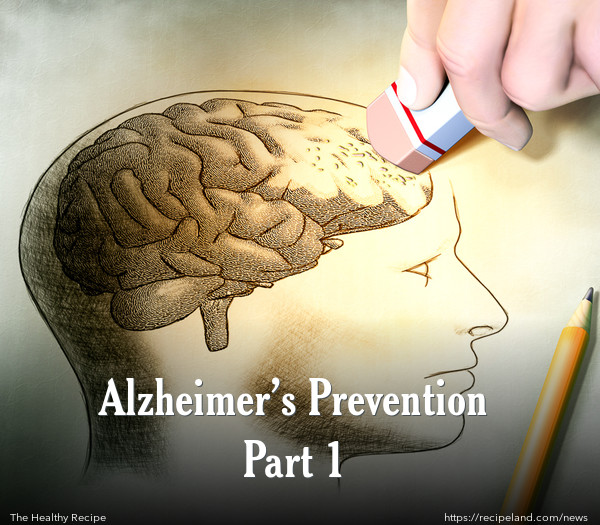 As we age, simple memory tasks can become more challenging. Whether you are trying to remember a list of items you need at the grocery store, why you went into a certain room, or where you left your keys, most people experience memory lapses. Although you might be worried that you are losing your mind, chances are it is within the normal range.

Majid Fotuhi, a neurologist from Harvard University, is working on a way to increase the cognitive function of patients as they age. His experiments are showing promise, with more than 80% of his patients demonstrating cognitive improvements after his treatments. Not only are their brains functioning better, they are actually increasing in size, too.

Fotuhi teaches his patients simple memory techniques and tricks, ones that truly seem to help with recall. His company, called NeurExpand, is helping many patients be more confident and more accurate with their recall abilities. This is important, as Alzheimer’s Disease is now listed as the third highest cause of death in the United States. Fotuhi believes that he can reduce the rates of dementia after the age of 65 by training people to use his methods.

Fotuhi offers a program that lasts for 12 weeks, and includes 12 hour of meditation and 24 hours of memory exercises. After completing the program, one patient showed an increase in size of the hippocampus of more than 8%. This is like reversing the effects of 17 years of aging.

Fotuhi emphasizes that the most important part of this process is the hippocampus. You have two hippocampi in your brain, one under each hemisphere. These thumb-sized areas are primarily responsible for handling short-term memory tasks and getting information ready for long-term storage. This function is vastly different from the function of your cerebral cortex, which is the part of your brain that handles decision making, navigation, judgment, motor functions, and more. The hippocampi are most often affected in Alzheimer’s disease when a person’s brain is scanned.

The memory lapses experienced by most people can often be explained by the natural shrinking of the hippocampi by about 0.5% per year, each year after the age of 50. As your hippocampi shrink, you become more at risk for developing Alzheimer’s, so maintaining your memory function is critical to helping prevent Alzheimer’s. Fotuhi calls the hippocampi “ground zero” for memory loss and dementia risk.

Alzheimer’s disease involves more than a shrinking hippocampus. Not only do these areas shrink, but small bits of protein, call plaques and tangles, settle in the brain causing progressive memory loss. This leads to behavioural changes, and devastating effects as Alzheimer’s takes hold. Ultimately, a person “forgets” how to perform even the simplest tasks, like swallowing food, and this deterioration leads to death, in a usually slow and terrifying manner.

With no cure for this devastating illness that affects about 1 out of every 9 adults in the United States, hope is difficult to find. Fotuhi is optimistic regarding those who develop Alzheimer’s disease later, but is less hopeful for those who have the varieties that begin to show up in younger years, like the 50s and 60s. Fotuhi sees these people as having fast-moving plaque formations and terrible tangles that cause too much damage too quickly to reverse. But, when it comes to the late-onset types of Alzheimer’s, he explains, "If you do the right things today, you can even develop plaques and tangles in your 70s and never have symptoms of Alzheimer's. You won't know the disease is there.”

Most people would take steps to prevent Alzheimer’s disease if they knew what to do. Fotuhi’s clinic offers hope and support to those wishing to prevent or at least postpone the possibility of developing Alzheimer’s disease. Middle aged people seeking help from Fotuhi’s clinic will receive an evaluation to determine what the reasons for any forgetfulness might be, and suggestions for improving cognitive function. There are other reasons for memory loss, like being too busy, being excessively stressed, being hormonal, or taking certain medications. Understanding all of the possible contributing factors is important before determining a plan of action for reversing cognitive decline.

Fotuhi explains the benefits of his programs by saying, "In five or six sessions, patients haven't changed their brains yet, but they have just learned how to use the capacity they already have. When they memorize 100 things, they're thrilled, and their fear of Alzheimer's has vanished. And they've started to add synapses to their hippocampi." This helps to alleviate some of the fear of Alzheimer’s, and reducing fear and anxiety can improve memory function alone.

Fotuhi recommends that people get a brain examination around the age of 50, just like they would have any other screening procedures. Gary Small, the director at the UCLA Longevity Center at the Semel Institute for Neuroscience and Human Behavior, says, "We do have more control over this than we realize. It doesn't happen overnight, but with simple techniques, you can see rapid improvement in cognitive function." Fotuhi adds, "At age 50, people should have a brain health exam just like they would have a colonoscopy. We're going to have a tsunami of people with Alzheimer's as the population gets older, and research suggests we can prevent more than a million new cases just by strengthening the hippocampi. We should be talking about this in the media every day."

Learning how to prevent or postpone the possibility of developing Alzheimer’s disease is important to the aging process. While some cognitive decline may be expected, the effects of this devastating disease may be minimized with certain activities.