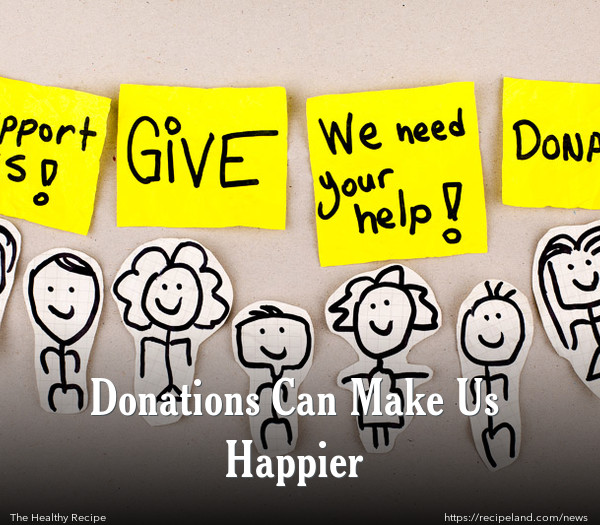 Although it seems like someone is always asking for a donation, and giving may sometimes feel like a burden, research shows that when we participate in social giving, especially when we make a donation to a person who we know, we are building social connections and, in turn this generous behaviour can lead to many positive feelings for the donor.

Donating to a good cause often makes people feel good. In a study published in the International Journal of Happiness and Development, Lara Aknin and her associates showed how spending money on others can lead to increased happiness for the donor. Results found that donors who gave money to a friend, family member, co-worker or other socially connected person had the greatest emotional benefits after their charitable act. Those who donated to more anonymous causes still benefited emotionally, though the results were reduced.

The three studies conducted implied that pro-social spending on those who are socially connected in some way had pronounced effects on the happiness of the donor. With so many non-profit organizations actively seeking ways to raise money for programs, these results may have important implications in fundraising and promotional efforts.

Encouraging those who are seeking donations to focus on building social connections can lead to significant increases in donations received. When non-profit organizations recruit advocates based on fostered social connections, then the efforts of those doing the fundraising can also have the same results—donation of time and effort can have the same positive emotional benefits as the donation of money.

Further, happy donors may be more likely to become increasingly involved with a cause after donating because of their happy feelings, which is beneficial for the word-of-mouth marketing often required for major fundraising efforts.

The research team concludes, "While additional factors other than social connection likely influence the happiness gained from pro-social spending, our findings suggest that putting the social in pro-social is one way to transform good deeds into good feelings.”