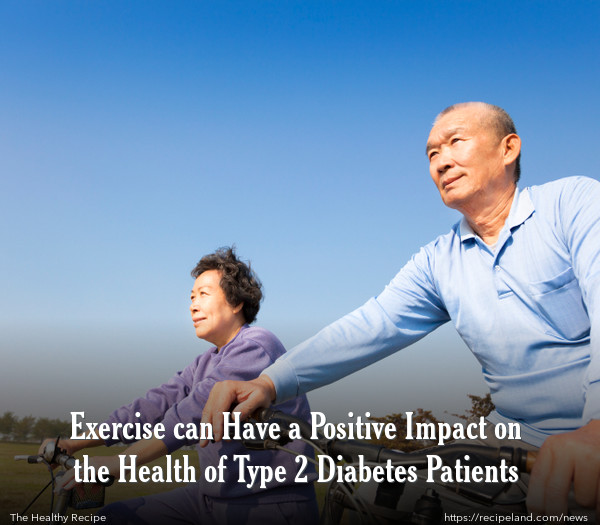 Type 2 diabetes occurs when the body either resists the effects of insulin, or it does not produce enough. In either instance, a poor insulin response means that the glucose a patient eats is not mobilised into the cells for energy usage.

A recent study has investigated the effects of exercise on fat distribution around different areas of the body in type 2 diabetes patients. Usually, patients who suffer from diabetes are encouraged to engage in exercise and a healthy eating regime.

As a result, it is difficult to determine the effects of just exercise on different areas of the body. Using MRIs before and after exercise programme intervention, the researchers were able to determine where fat was lost.

In total, 12 patients were examined. Each patient engaged in six months of exercise that ranged between being moderate and intense. The workout regimes were between 3.5 and 6 hours long each week, combining endurance and resistance sessions. At the end of the six month training program, each participant took part in a 12-hour trekking program.

At the end of the study, researchers found that there were no changes in cardiac function. However, they did see a reduction in fat distribution in some of the organ areas that can be detrimental to a diabetes patient’s overall health. One such area was the liver, where fat accumulation rapidly develops leading to fatty liver disease.

In addition to this, there was a significant reduction in abdominal fat. Abdominal fat is not only associated with a higher risk of coronary heart disease, it also increases the risk of cancer—particularly in women. By demonstrating that exercise has such a positive effect on fat distribution, researchers were able to highlight the importance of engaging in a set regimen.

As the World Health Organization (WHO) estimates that type 2 diabetes will be the seventh leading cause of death worldwide by 2030, identifying ways to treat patients with the condition is essential. This study is not alone in focusing on the role of exercise in treating type 2 diabetes.

Another recent study has demonstrated that a low volume of High Intensity Interval Training (HIIT) has a significant effect on reducing hyperglycemia in those with type 2 diabetes.

By impacting the activity of skeletal muscle glucose uptake, HIIT can further reduce the impact that diabetes has on a patient’s body. Most importantly, reducing the presence of high glucose in the blood can prevent conditions like diabetic foot, as hyperglycemia can cause peripheral nerve damage.

While both studies give credence to the idea that exercise has a positive impact on the health of type 2 diabetes patients, there is further work to be done. Researchers now want to focus on whether exercise, surgery, diet, or a combination of all three will have the best effect on reducing the health complications associated with this disease.