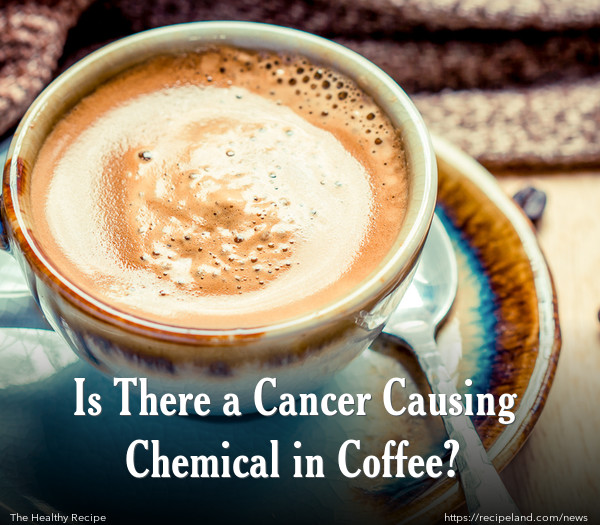 Sure, coffee often makes the list of things that have plenty of health benefits. But, a new study shows that coffee may also contain a compound called acrylamide.

This is an ingredient that is also commonly found in potatoes, cereal grains, crackers and even certain baby foods that contain processed bran. A study reported by the European Food Safety Authority (EFSA) suggests that acrylamide may be a serious concern.

Acrylamide is the chemical that causes certain food to brown when cooking. The sugars and amino acids that are naturally contained in these foods form a crispy crust on your foods. Most think this makes them tastier, but a test on lab animals showed that DNA mutations can occur.

As a result, tumor growth and cancer cells are more likely to grow. The EFSA does claim that the initial studies are still inconclusive, but that there does appear to be some link that will require further research to unravel.

Acrylamide in industrial settings has been known to cause nerve damage and muscle weakness. This acrylamide exposure occurred through inhalation, not through food exposure. However, this compound is definitely being carefully watched and researched more thoroughly.

One of the researchers, Marco Binaglia, states, “We’ve identified a possible model of action that explains how acrylamide could damage DNA in a way that leads to cancer-producing cells.” But he cautions that dietary exposure could be substantially different from inhalation and more research is indicated.

Because coffee is known to contain many beneficial compounds, it is not something that you should avoid in order to prevent exposure to acrylamide. Instead, researchers suggest boiling your potatoes, rather than frying them. Also, avoid toasting bread and grains until dark spots appear, instead only lightly toasting them. Choosing darker roast coffees may also help to limit the potential exposure to acrylamide, as it appears more commonly and at higher levels in lighter roasted coffees.

For those with babies, choosing baby foods that do not contain processed bran may help limit your child’s exposure to acrylamide. Until more is known about the potential hazards of exposure to this chemical, awareness is important for limiting exposures.