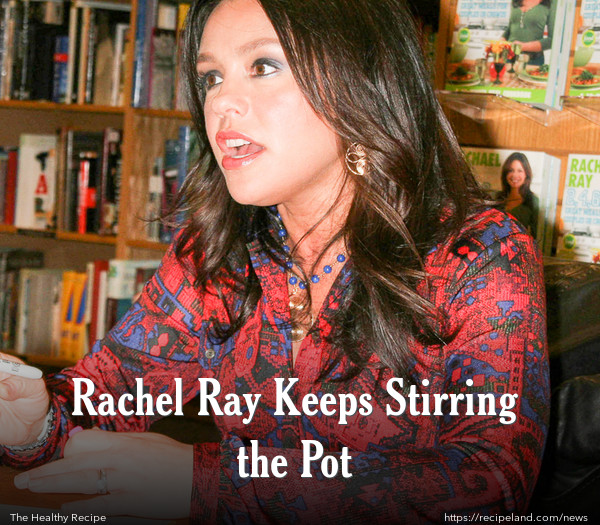 "Nine years after breaking out as a Food Network personality, Ray is an established star who still keeps stirring the pot" reports The Associated Press.

Rachel Ray has found success doing something she loves. The 42 year old Glens Falls, New York native has made a name for herself by stirring up success with a hit talk show and several best selling cookbooks.

Ray's claim to fame started nearly a decade ago in 2001 with " 30-Minute Meals" on the Food Network. Since then the daughter of restaurant owners has charmed fans with down-to-earth appeal. Ray casually makes multitasking look easy. She juggles several cooking shows on the Food Network along with her daily self-titled talk show.

In addition, Ray launched her own magazine (Every Day with Rachael Ray) in 2006. She has logged over 1300 hours on TV and has had 18 cookbooks published and even has an iPhone app.

Yet, despite all of this success, what makes Ray a hit with fans is her sincerity and ability to connect with her audience. Ray will casually mention her age when asked just as easily as she dishes out a recipe for perfect stuffing to go with your Thanksgiving turkey.

Ray's every woman appeal is a big factor in her success and she relishes it, describing herself as more energetic now then when she first started.