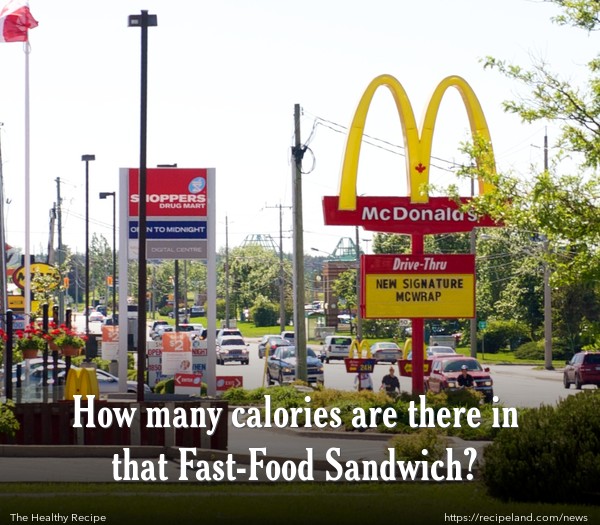 A recent survey shows that in fast-food restaurants "adults ordered meals containing 836 calories on average", and researchers found that the individual calorie count was underestimated by 175 calories. Teens and parents of young children were surveyed, and all underestimated the calorie content of their fast-food.

"One quarter of all participants underestimated the calorie content of their meals by at least 500 calories.", notes Dr. Jason Block, a leading researcher at the Robert Wood Johnson Foundation.

A typical Subway sandwich with all the delicious bits, bacon, cheese, mayonnaise and sauces, all the things that make it tasty, can have a huge number of calories and sodium; sometimes even more than a Big Mac from McDonalds. Frequently food labeled "healthy" at fast-food outlets is not what it claims to be.

The study also looked closely at young people. “Teens underestimate the number of calories in their meals by as much as 34 percent, parents of school-age children by as much as 23 percent, and adults by as much as 20 percent,” says the lead researcher. The researchers surveyed nearly 3,400 adults, teens and children who frequented over 80 fast-food restaurants across 4 cities.

How would you feel about having calories listed beside food items on a menu? In a study supported by the Robert Wood Johnson Foundation through a "Healthy Eating Research" programme it was found that menu-labeling decreased the quantity of calories people were buying.

In another study by the same Foundation in the Seattle area of America, chain-restaurants placed calorie content on their menus. After the change customers were buying up to 143 fewer calories per purchase.

Researcher James W. Krieger, MD MPH, with Public health-Seattle and King County says, "Menu labeling is critical because Americans spend half of their food dollars on foods outside the home, which tend to be higher in calories and less healthy than we eat at home." He believes that with time people would understand the need to count their calories and respond to calories on menus.

An ever increasing number of people are overweight, and the consequences are deadly. This has resulted in a continuously increasing number of case of diabetes and heart disease. Items on the fast-food outlet menus contain excess fat, salt and sugar all of which contribute to poor diet and diet-related diseases. Many large food companies have misleading advertising for low-cost obesity-promoting foods which exasperate this world-wide problem.

Fast-food restaurants such as McDonald's, Wendy's, Burger King and Subway are all in a position to improve the quality of nutrition in their foodstuff. If they adopted the idea of listing calorie content on their menus, a nation of overweights would be helped, and related diseases would decrease and people would be healthier and happier, suggests the study. An educational programme is required to help people make the right, healthy choices about the fast-food they are eating.

Your best bet? Skip the fast-food and make it yourself. There are plenty of options for quick, easy and healthy recipes on Recipeland.com.