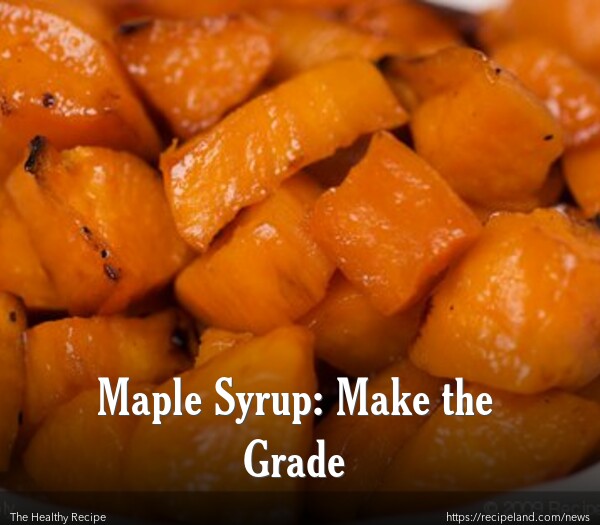 What is Maple Syrup?

Maple syrup comes from the sap of sugar, red, or black maple trees.  After the hard frosts of winter, the maple tree sap begins to thaw and flow again throughout the maple tree.  Then, the sap is ready to be collected.

Even though maple sap is not harvested until late winter or early spring, its rich flavor is often paired with traditional autumn favorites, such as apple, pecan, and pumpkin.

How does maple sap become maple syrup or maple sugar?

According to the Massachusetts Maple Producers Association, from late February to early March, sugarmakers begin tapping their trees and setting up buckets and tubing systems.  They drill a hole into the maple tree at waist height.  Then, they insert a tube which drains down into a bucket.

The sugar season can last 4-6 weeks.  As the buckets fill, the sap is emptied into vats to be stored until it is time to make syrup.  The Massachusetts Maple Producers Association points out that a healthy maple tree can be tapped every year for over a hundred years!

When the sap is collected, it has a one to four percent sugar content.  It is then boiled in shallow pans over very high heat.  Once most of the water evaporates, the sap becomes a concentrated syrup and is ready to be packaged and eaten.

The Deep Mountain Maple Farm points out that it takes 40-45 gallons of sap to make one gallon of syrup.  Currently, about 80% of the world’s maple syrup comes from Canada.  Within the United States, 5% of the maple syrup produced comes from Vermont.

The process of gathering maple sap and turning it into syrup began with Native Americans.  They used maple syrup as a medicine, as well as a sweetener.

As European settlers observed the Native Americans gathering and condensing the maple sap into syrup, they began to collect sap and create syrup as well.  Settlers then began to condense the syrup even further into cakes of maple sugar to use a replacement for the highly expensive cane sugar that had to be imported from the West Indies.

Maple syrup is not only delicious, there are many healthy benefits to using this pure, vegetarian sweetener.
-Prevents inflammatory diseases such as cancer and Alzheimer’s
-Full of antioxidants
-Contains nutrients that boost your immune system
-Increases good cholesterol
-Slows the development of atherosclerosis

Each maple sap producing area has its own system of grading.  Canada assigns Extra Light, Light, Medium, #2 Amber, and #3 Dark Grades to its syrup.  The United States Department of Agriculture divides maple syrup into 2 basic categories: Grade A and Grade B.  Vermont has it’s own set of grades as well:  Grade A (Light Amber, Medium Amber, Dark Amber) and Grade B.

Maple syrup is assigned a grade based on the time of year it is collected.  The lightest grades are harvested at the beginning of the season, while Grade B syrup is made from sap gathered at the end of the sugar season.

Which grade should you use?

In general, the USDA recommends that Grade A syrups be used for eating as a topping and Grade B syrup be used in baking.  Sugarmakers suggest you taste the different grades and find out what best suits your palate.

Light Amber:
- Light color and delicate flavor
- Best used to make maple candy, maple cream, or as a topping on ice cream.
Medium Amber:
- Medium amber color and strong maple flavor
- Known as “pancake syrup”, this grade is what is most often used to top breakfast treats.
Dark Amber:
- Dark amber color and bold maple flavor
- This syrup has the “traditional” flavor many associate with maple syrup and is often used to top breakfast dishes.

Grade B:
- Deep amber color and intense maple flavor.
- While recently this syrup has become popular as a topping, it is best used in cooking.