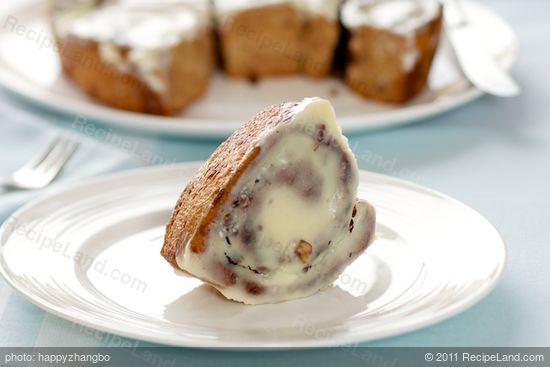 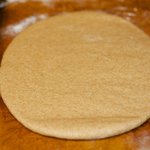 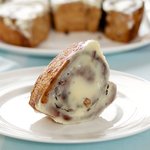 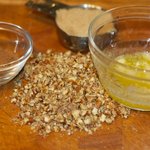 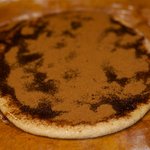 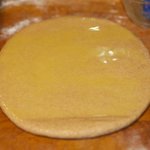 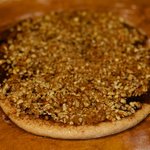 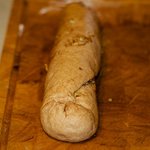 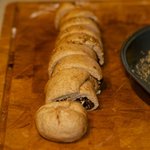 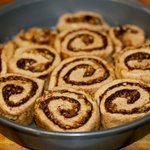 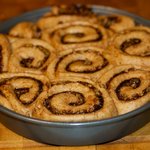 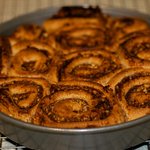 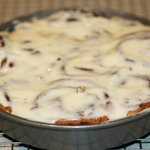 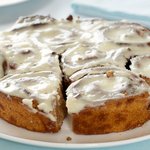 Cinnamon buns or rolls are always our favorite. Glaze is made with cream cheese, icing sugar and maple syrup, which gives the cinnamon buns creaminess and extra sweetness. Have these delicious buns with a cup of coffee.

In a medium bowl or a 2-cup measuring cup, add the sugar, yeast and milk, and let sit for about 10 minutes until the yeast is activated.

Add the flour, salt and melted butter in a mixing bowl with an electric dough hook.

Pour in the yeast mixture and stir with a spatula or a wooden spoon until well mixed.

Knead the dough with the dough hook until an elastic and smooth dough forms, 3 to 5 minutes; you may need to add more milk or flour depending on how sticky the dough is.

Turn onto a lightly floured working surface and knead for another 2 minutes until very smooth.

Coat the large mixing bowl with cooking spray, transfer the dough into the bowl.

Cover with a large of plastic wrap or a damp towel.

Let sit in a warm place for 1 to 2 hours until doubled in bulk.

Punch down dough and knead a few times. Roll out on a floured surface into a 12 by 6-inch rectangle.

Brush the melted butter over the dough.

Combine the sugar and cinnamon in a small bowl and sprinkle over the butter.

Start rolling at the long side, roll up the dough and pinch edge together to seal.

Butter the bottom of a 8-inch cake pan or a baking pan and sprinkle some sugar at the bottom.

Arrange the cinnamon rolls close together in the pan and allow to double in volume again, about 30 to 60 minutes, depending on how warm the place is.

Bake for 25 to 30 minutes until golden and brown.

While the cinnamon buns are baking, in a bowl, add the cream cheese, milk, maple syrup, and powdered sugar and stir until well blended.

Stir in a little more milk or icing sugar until the glaze reaches desired consistency.

When the cinnamon buns come out of the oven, spread the cream cheese and maple glaze evenly over the buns to cover them completely.

Let the glaze set, about 1 hour.

Pull into parts and enjoy. 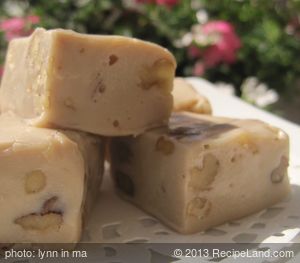 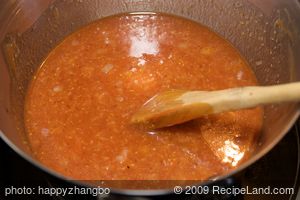 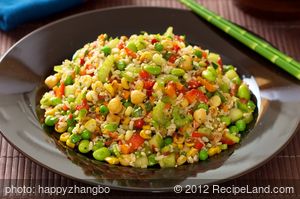