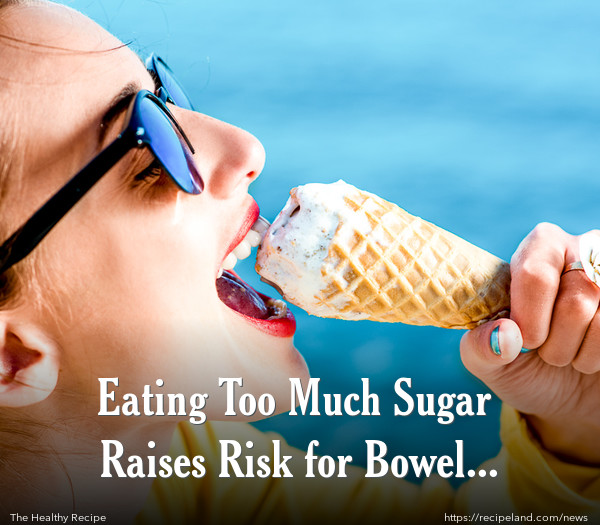 Researchers from the University of Edinburgh have released findings that eating lots of candies, sodas, desserts, cakes and sweet snacks puts you at higher risk for bowel cancer – also called colorectal cancer.

The Scottish Colorectal Cancer Study studied nearly 5,000 participants – just over 2,000 with diagnosed bowel cancer, and the rest who were cancer free.

There have been earlier studies that focused on the links between diet and colorectal cancer. These studies analyzed the effects of two different diet habits: those who ate a healthy diet with lots of fruits and vegetables, and those who consumed much more fats, sugars and meats.

This new research looked at more than 170 different food items – from fruits and veggies to meat, fish, and even nuts, chocolate, fruit drinks and crisps. They also took into account other bowel cancer risks, such as smoking, levels of physical activity and family histories of cancer.

What they found was that a healthy diet decreases the risk of bowel cancer, while diets high in sugars and fats increase the risk.

Family and genetic risk factors are a main predictor of colorectal cancer risks, but diet can have a dramatic impact on overall health and risk for developing cancer.

These findings echo a study from 1985, in which researchers noted that: “The mean daily intakes of all major nutrient classes and of dietary fibre were estimated. Patients with large bowel cancer consumed 16% more energy than controls, mainly carbohydrates. The extra carbohydrate was largely in the form of sugars depleted in fibre and the extra fat as combinations of fat and such sugars. As the selection criteria used make it unlikely that this eating pattern was caused by the disease the data suggest that a high intake of sugars depleted in fibre and fat predisposes to the development of large bowel cancer.”(1)

It’s important to remember that carbohydrates break down a sugar in the body as well, so pay attention to carbs - not just sugars - on food labels. Too much sugar from carbohydrates and fats can increase the risk for bowel cancer.

According to the European Investigation into Cancer (EPIC), people who consume diets high in fibre reduce their risk of developing bowel cancer by 25-40%. Researchers for the EPIC study also suggest that people can reduce their bowel cancer risk by over 30% by eating 80 grams of fish every day.(2)

Some of the first research linking diet with colorectal cancer focused on diets high in processed meats, but we now know that the sugars in processed snacks and drinks can also increase the risk of developing bowel cancer.

Limiting the amount of sugary drinks and snacks, fatty foods and carbohydrates, and eating more fresh fruits and vegetables – high in dietary fibre - will help reduce the risk of bowel cancer.