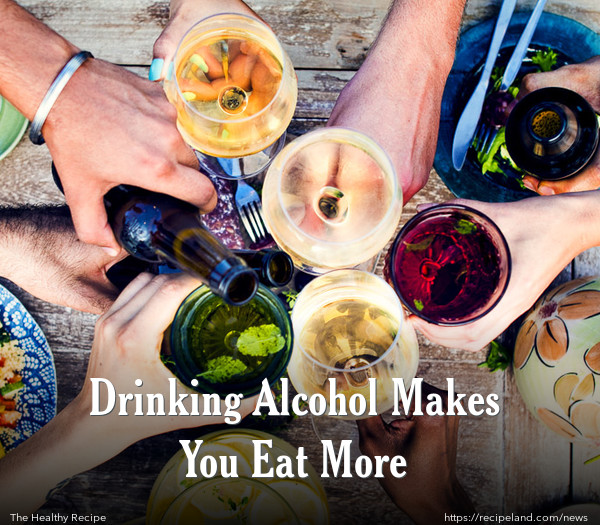 It’s no mystery that you get more cravings when you are drinking alcohol. Scientists have found a connection between drinking alcohol and consuming more food. Until recently, the reasons behind this phenomenon were unclear. As it turns out, a recent study published in the journal Obesity, revealed that our brains are more sensitive to the smells of certain foods when we have consumed alcohol.

During the study, researchers evaluated the reactions of 35 women who received alcohol infusions equivalent to 2-2.5 drinks. Then the women were asked to smell certain food aromas while having MRI scans performed. Following the test, the women were offered meals and the amount that they consumed was recorded. The experiment was repeated using a saline infusion instead of alcohol, as a control measure.

The results of the study showed that when women had the alcohol infusion, they tended to eat about 30% more than when they received the saline infusion. When the brain scans were examined, they showed that when the women were mildly intoxicated they were more sensitive to food aromas, and there was more activity in the hypothalamus area of the brain (an area that is important for metabolism and appetite).

In the hypothalamus, there are many clusters of brain cells, and some of them may lead to increases or decreases in how much we eat. Lead author, David Kareken, Ph.D., a professor and director of neuropsychology at Indiana University School of Medicine explains that the hypothalamus helps to control how much we eat and how tempted we are when we consume alcohol.

Although this is a small study and it is difficult to make generalized conclusions, but it can help you be more prepared when you are heading to happy hour. If you limit yourself to only one drink, you will be less likely to overindulge in foods when you are exposed to the aromas. Even better, save the cocktail for after your meal and you will be better off.