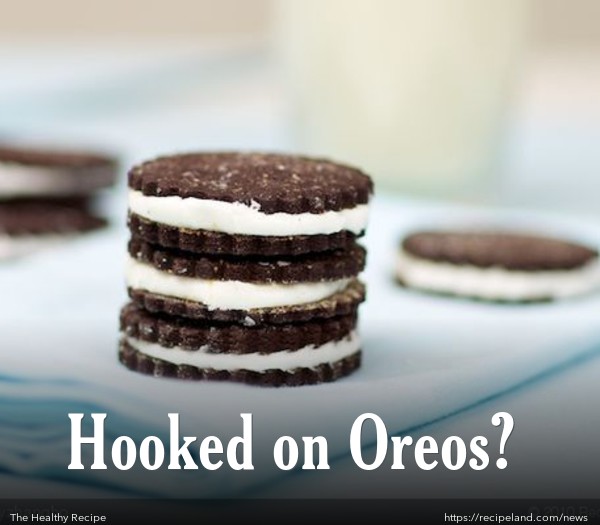 A recent study from the Connecticut College examined the reaction of high-fat/high-sugar foods in the brain.  This study concluded that sweet treats, like Oreos, have similar effects on the pleasure centers of the brain as drugs like cocaine and morphine.

Professor Joseph Schroeder, assistant professor of neuroscience at Connecticut College, and his students conducted this study, based on a hypothesis from a recent graduate of the neuroscience department, Jamie Honohan.

Honohan wanted to examine the relationship between obesity and the high-fat/high-sugar foods often consumed by low-income families.

For the purpose of this study, rats were given Oreos.  These high-fat/high-sugar cookies were specifically included in this study because they are enjoyed by humans and seem to be as addictive and pleasurable as cocaine and morphine.

Hungry rats were placed in a maze containing two sides.  Oreos were at the end of one side of the maze and rice cakes were at the end of the other.  The rats could choose which side to enter.  Researchers measured the amount of time the rats spent on the side where they usually received Oreos.

Professor Schroeder and his students then examined the results of this study in light of a test where rats were given an injection of cocaine or morphine on one side of the maze and an injection of saline on the other side.

Rats could choose which side to spend time on in this study as well.  Cocaine and morphine were used because these drugs have been demonstrated to be highly addictive for humans.

They concluded that more neurons were activated after the rats had eaten Oreos than after they had received cocaine or morphine.  These results supported the behaviour of the rats that they had observed in the maze testing.

This ground-breaking study demonstrates that people can be chemically addicted to high-sugar/high-fat foods and are unable to resist them.  According to Honohan, this addiction poses a threat to the general public, especially those of low income.

“Even though we associate significant health hazards in taking drugs like cocaine and morphine, high-fat/high-sugar foods may present even more of a danger because of their accessibility and affordability,” reported Honohan.

Within Singapore, one out of every nine adults, or 10.8%, are considered to be obese.  Between the ages of 18 and 69, 12.1% of men and 9.5% of women are obese.  Lower-income families are more likely to be obese.  In an article written for the Singapore Family Physician,  Assistant Professor Goh Lee Gan and Dr. Jonathan Pang point out that 14.3% of adults earning less than SGD 2,000 per month are obese.

“The development of obesity among low income families in developed countries is a reflection of limited choices.  To stretch their dollar, these families are more likely to consume excess of nutritionally-depleted, cheap calories from processed foods or junk foods, or sweetened drinks.”