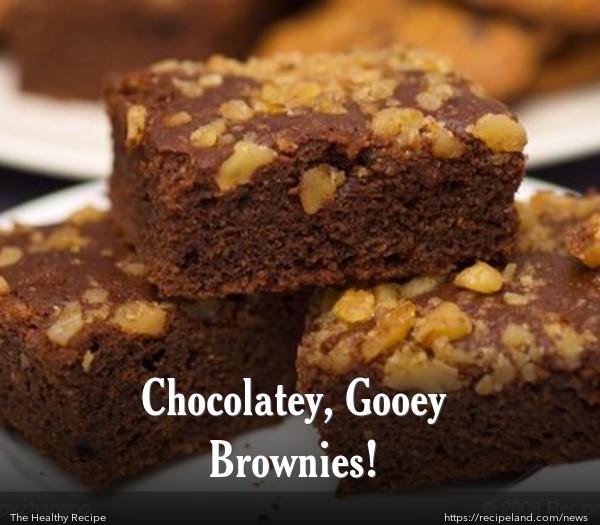 From cakey to fudgey, frosted to swirled, packed with nuts or studded with candies, the rich and deeply satisfying flavors of brownies have earned them a spot as one of our favorite comfort foods.

The versatility of brownies makes them easily adaptable to almost every palate and cuisine. Brownies can be made super-sweet or full of deep, intense dark chocolate flavor.

You do not have to be a chocolate-lover to enjoy brownies. The brown sugar or butterscotch flavors of blonde brownies; decadent frosted mint brownies; trendy flavors like salted caramel or mocha; and the rich, slightly tangy red velvet brownies are also popular.

Brownies can even be made gluten-free, dairy-free, sugar-free, or low-fat to suit a variety of dietary restrictions. Because brownies are so flexible, easy to make, and universally loved, they also make an excellent gift!

Keep reading to learn how to bake consistently delicious brownies and find new recipes for brownies to sample in your kitchen.

In general, there are two ways to prepare brownie batter, saucepan and mixing bowl. Saucepan brownies are simply brownies whose batter is prepared in a saucepan on a stovetop instead of in a mixing bowl.

Saucepan brownies will usually include butter, whereas mixing bowl brownies often use vegetable or canola oil as their fat component. When making saucepan brownies, be sure that refrigerated ingredients are at room temperature when you add them to your batter.

There are also two different textures of brownies, fudgy and cakey. Everyone has a decided opinion on which is best. Brownie recipes are written to create either a fudgy or cakey texture, so be sure to find a recipe that will give you the texture you crave.

Once you find a basic brownie recipe you like, stick with it and use it as the base for delicious brownie creations by adding in different baking chips, nuts, candy-coated chocolate pieces, marshmallows, candy bar pieces, extracts, and/or spices. Extracts should be added with the wet ingredients and spices with the dry.

Fold in your favorite add-ins once the batter is mixed or sprinkle them on top of the batter after it has been poured into the baking pan. Add a 2-3 Tbsp of coffee or espresso to give your brownies a depth of flavor. Give your brownies a sophisticated twist by adding dark chocolate chunks and dried cherries or chopped salted almonds and dried apricots that have been cut into small pieces. If you find that your add-ins tend to sink to the bottom of your brownies, add them to your dry ingredients.

When your brownies are cooled, use the aluminum foil to lift the brownies out of the pan. This will make them much easier to cut and move to a serving platter.

When you pour your brownie batter in the baking pan, it might not seem like there is a lot of batter. Do not worry, they will rise as they bake. Check your brownies often toward the end of the baking time to be sure that they are cooked to the doneness you prefer.

Brownies should begin to pull away from the sides of the pan or baking dish when they are ready. For fudgy brownies, follow baking times and experiment to see if they are at the right level of doneness for you.

After your brownies have come out of the oven, let them cool completely on a wire rack. It is normal for brownies to settle as they cool. Do not cut your brownies until they are completely cool or you will end up with a mess!

When they are ready, cut your brownies with a plastic knife or a brownie cutting tool. For a special treat, use a cookie cutter to cut out your brownies. Save the scraps for snacking or to use as a topping for an ice cream sundae.

Brownies keep best when stored in the pan they are baked in. This will keep them moist and fresh as long as possible. Cover the pan with a tight fitting lid or aluminum foil and leave them on the counter.

Storing in the fridge will give the brownies an unappealing texture. Carefully wrap and store extra brownies in the freezer to enjoy in the future. When you are ready to enjoy your brownies, simply set them on the counter to thaw.

Not only are brownies delicious on their own, but they can also be the base of a heavenly ice cream sundae, a layer in a rich trifle, the “bread” component of an ice cream sandwich, and so much more! The possibilities are endless!

Are your brownies a few days old? Have they begun to dry out a bit or did they get a little too done in the oven. They are begging to be the paired with ice cream, warm pudding, or chocolate sauce.

Love to eat brownie batter, but know that the raw eggs are unsafe? Whip up a recipe of brownie batter that you plan to eat, not bake, and replace the egg with milk. Now you can safely snack on the batter.

Henderson, United States
about 5 years ago

Brownies are one of the favourite dessert, it is perfect snack for the evening. It can be served at any time and it is liked by almost all. Brownies come in different flavours and shapes.
http://www.loveandquiches.com/ .