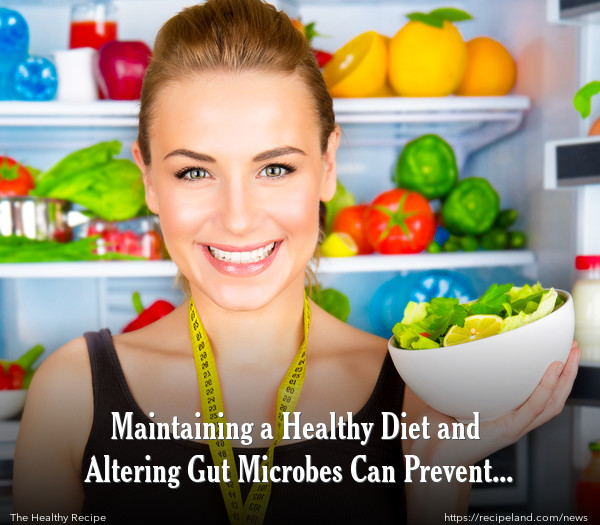 A new study carried out by Washington University’s School of Medicine has found that altering gut microbes can prevent obesity in those with pre-existing risk factors. The study—carried out on mice—suggests that a strong relationship between gut microbes and obesity exists.

While the researchers maintain that a healthy diet is required to see the full benefits, they believe that adding probiotics to food can tackle the rising obesity rate.

To demonstrate the plausibility of their theory, the researchers removed faecal samples from the guts of twins who had weight disparities. In each set of twins, one was obese and the other was slim. Microbes extracted from the faecal samples were then transplanted into the microbe-free environment of the mice’s guts to demonstrate how gut flora could impact their weight gain.

The researchers fed the mice low-fat mousse to ensure any related weight gain could not be attributed to the diet used during the study. The results revealed that those exposed to the microbes of the larger twin were more likely to gain weight. This gives credence to the idea that gut flora can contribute to obesity.

The Effect of Diet

Whether or not the mice consumed an unhealthy or healthy diet became relevant during this phase. According to the researchers, faeces from the mice eating healthy diets contained Bacteriodetes—a form of bacteria capable of catalysing the nutritional benefits of lean foods.

When mice exposed to obese gut flora while eating a healthy diet were simultaneously exposed to the faeces of mice who had lean gut flora, their risks of developing obesity and metabolic diseases were minimised.

In contrast, mice eating an unhealthy diet after obese gut flora exposure followed by lean faeces exposure did not see any such benefits. This demonstrates that the benefit of lean gut microbe exposure are only seen if a healthy diet is consumed.

From these results, the researchers were able to determine that eating a healthy diet encourages the lean gut microbes present to flourish and prevent obesity. In contrast, eating a fat-laden diet thwarts their benefits.

Further to this, the researchers found that those who eat a healthy diet are more likely to have varied gut bacteria. As a result, they metabolise food better and minimise the risk factors that pre-dispose them to metabolic disorders like diabetes.

The results of the study acted as an early indicator for the development of similar microbes in a laboratory environment. Early experiments suggest that lean bacteria developed in a lab will have the same effect as those transferred from a faecal sample.

Due to the diverse nature of the trillions of bacteria found in each individual’s gut wall, being able to synthesise bacteria in a laboratory environment is beneficial. However, due to the diverse nature of each person’s bacterial population, further research is required to understand how much of disease development is due to the presence of bacteria, and how much is due to a person’s genetic makeup.