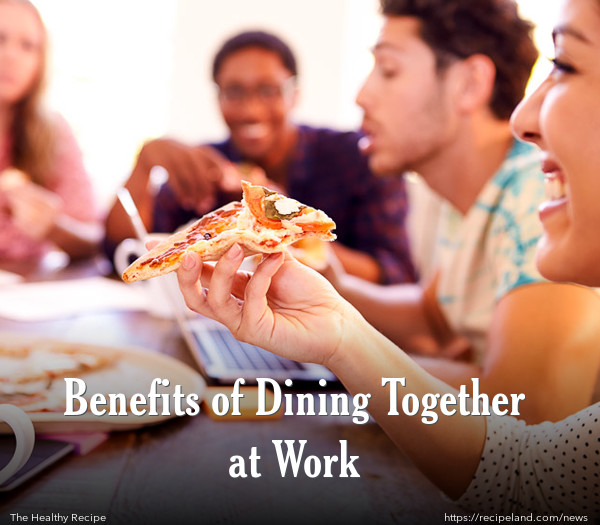 Most people who work in an office environment are very familiar with the idea of eating lunch at their desks. For some, the workload is heavy and there is not much time for a break. For others, they may be trying to save some time so they get home at a decent hour.

However, a recent study conducted at Cornell University found that those who eat lunch regularly with co-workers and make time for a short relief break are more productive than those who plow through the day without stopping.

The study involved hundreds of firefighter participants, selected because of the common practice of group dinners in firehouses and the need for strong team performance. Results indicated that those groups of firefighters who regularly dined together demonstrated better group cohesiveness and higher performance than those who dined alone.

Researchers generalized the results to include office workers, explaining that those in traditional office environments could be more productive when they include the experience of social bonding during meals, including conversation with others.

This particular study is not especially ground-breaking, as researchers have been promoting social interaction as being good for your health for years. A recent review of nearly 150 studies about mortality found that people with strong social relationships have 50% greater chance of survival than those who are isolated. Researchers equate the benefits of social connections to the benefits of quitting smoking.

Not only will you be more productive, but dining with others can be good for your waistline. When dining alone, it is almost impossible to avoid distracted dining—checking your email, watching television, etc. Distracted dining is known to increase the potential for overeating.

A study found in the American Journal of Clinical Nutrition found that those who played computer games alone during lunch ate twice as many cookies during a later snack break than those who dined with others, without distractions.

Ultimately, it is in your best interest to find a co-worker to share your lunch with, rather than retreat to your desk and try to get more done. At the end of the day, you will not only feel less fatigued and overworked, but you will have made a positive contribution to your health and happiness.